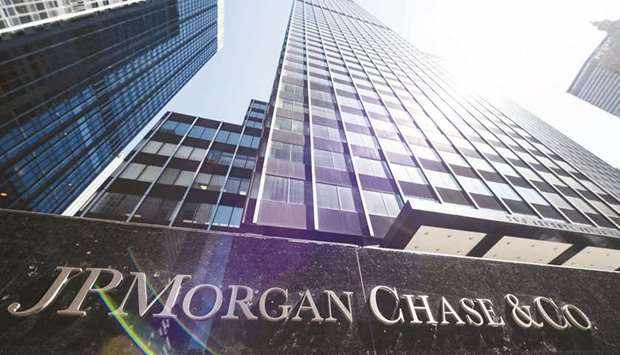 Reuters New York JPMorgan Chase & Co posted a bigger-than-expected 24% jump in quarterly profit on Wednesday as it released more loan loss reserves in signs of an improving economy, while a global dealmaking boom led to record fees from advising on mergers and acquisitions. The largest US bank, whose fortunes reflect the health of the economy, said robust M&A activity and a strong performance from underwriting initial public offerings (IPOs) offset a slowdown in trading in the third quarter. Fees from advising on deals almost tripled, while its asset and wealth management unit also registered strong growth. “JPMorgan Chase delivered strong results as the economy continues to show good growth — despite the dampening effect of the Delta variant and supply chain disruptions,” said JPMorgan Chief Executive Jamie Dimon. The bank released $2.1bn from its credit reserves during the quarter. Banks were forced to set aside billions last year for possible loan defaults during the pandemic. But a consumer-friendly monetary policy and stimulus checks buoyed spending for the average American consumer and increased their savings, allowing banks to release some of their reserve capital. JPMorgan’s net income rose to $11.7bn, or $3.74 per share, in the quarter ended September…