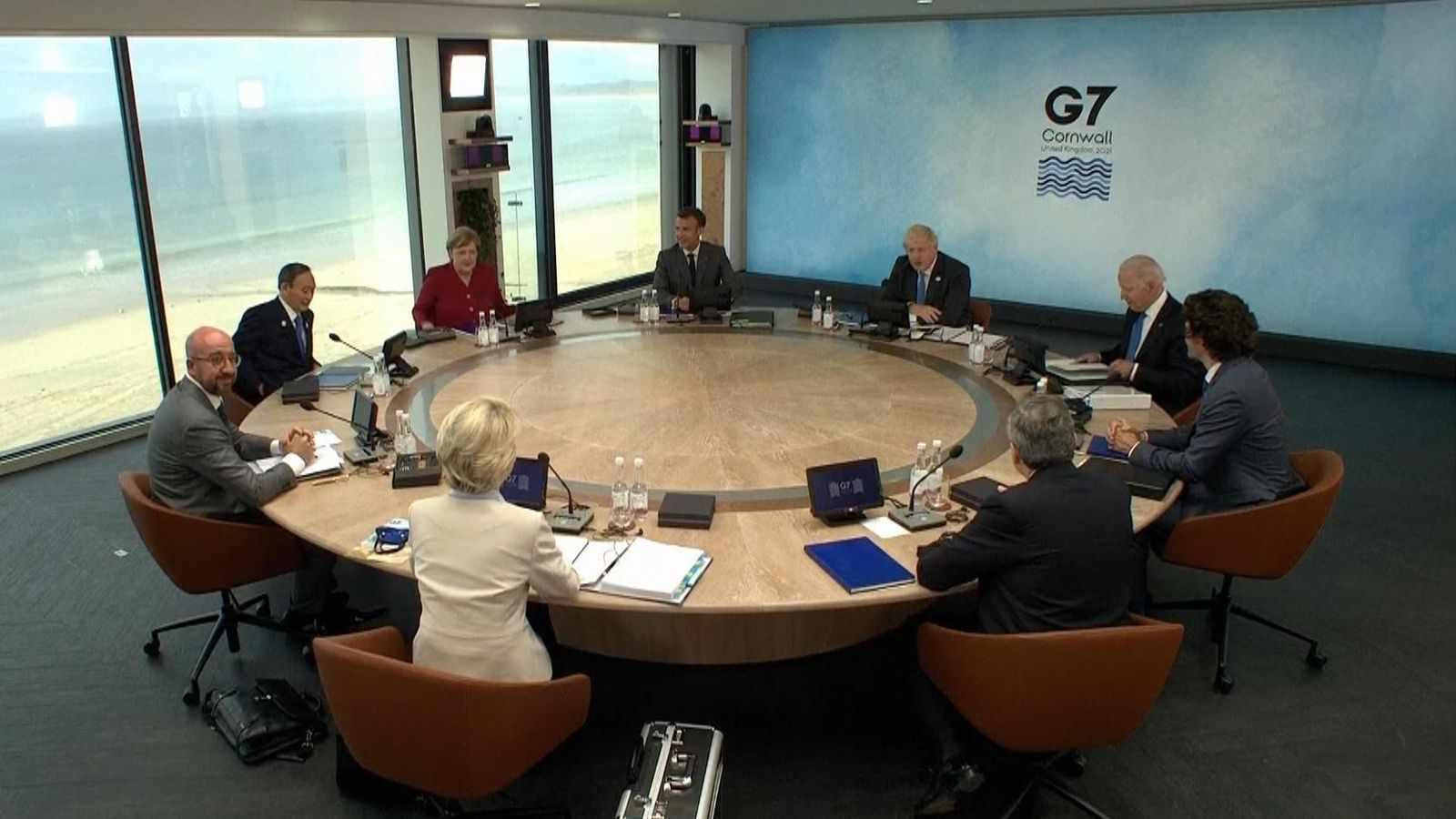 World leaders have arrived in Cornwall for this weekend’s G7 summit, as Boris Johnson looks to strike deals on COVID vaccines, girls’ education and the environment.

In one of the most high-profile moments of his premiership so far, the prime minister will chair meetings of the world’s leading democracies at Carbis Bay.

Follow live updates from the G7 summit in Cornwall

Image:
Climate change activists wear masks representing world leaders during a protest in St. Ives, on the sidelines of the G7 summit