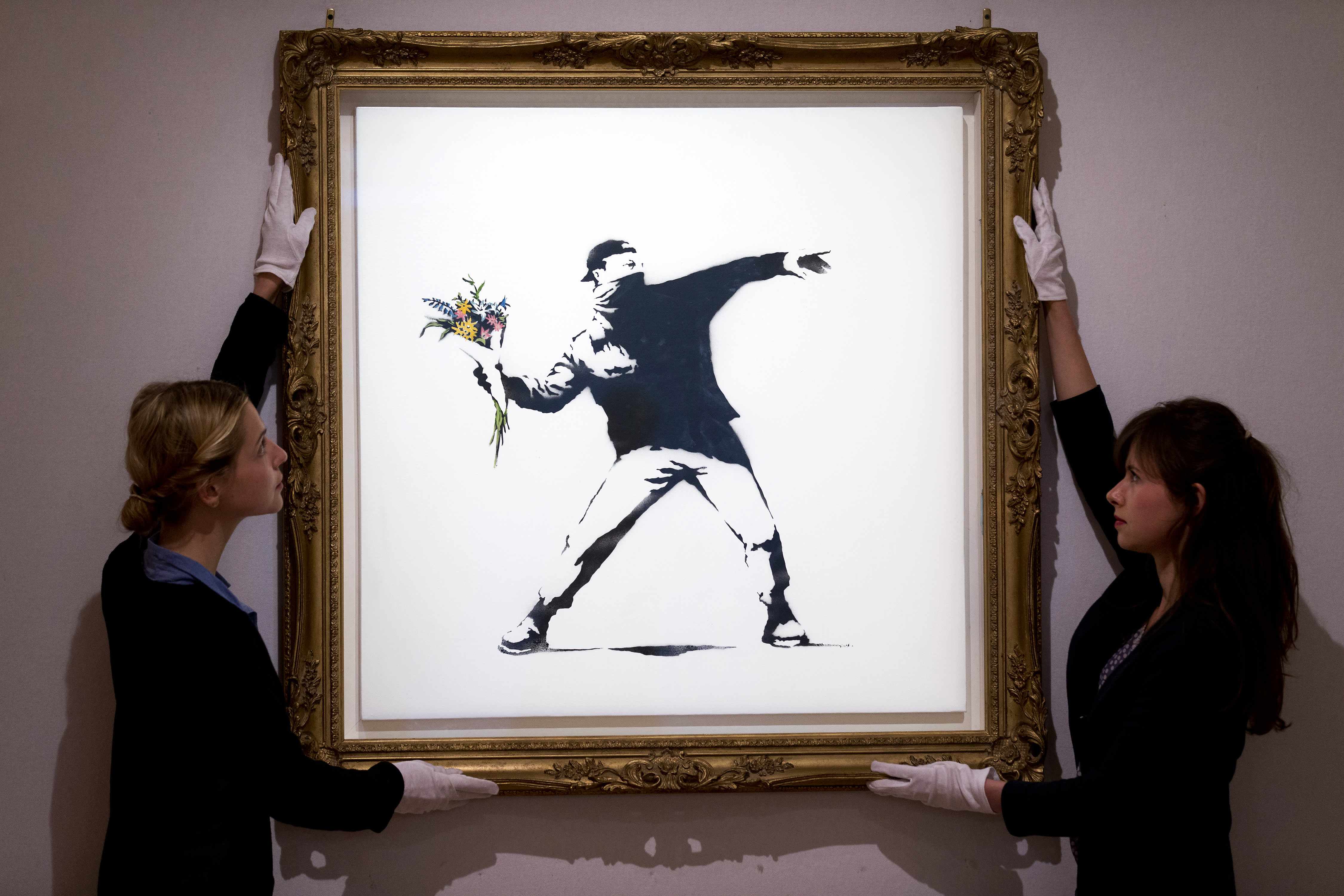 Banksy’s “Love is in The Air” is one of the best-known works from the British street artist, whose real name is not known. The auction is set for May 12. Stewart said bidding is estimated between $3 million to $5 million.

Sotheby’s latest entrance into the world of digital assets is being done through a partnership with the cryptocurrency exchange Coinbase, which went public in April.

It represents the first time a major auction house will accept the two cryptocurrencies as payment for a physical piece of art, according to Sotheby’s. The winning bidder can also pay in U.S. dollars.

Sotheby’s announced Tuesday it will accept bitcoin and ether in an upcoming auction of Banksy’s “Love is in The Air.”