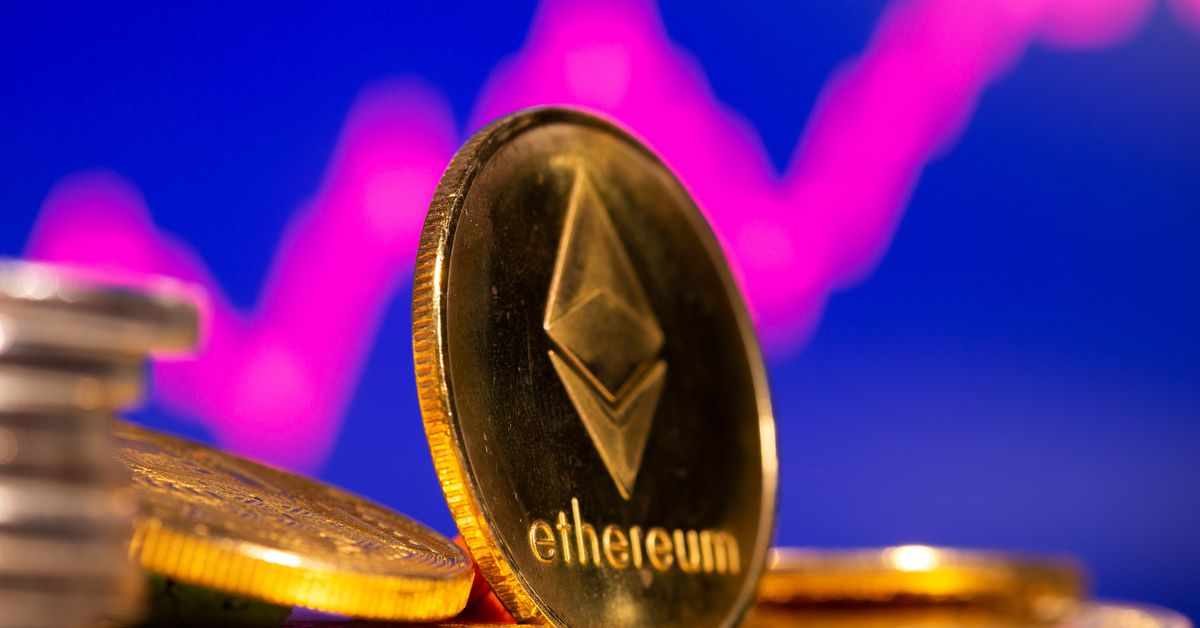 A representation of virtual currency Ethereum are seen in front of a stock graph in this illustration taken February 19, 2021. REUTERS/Dado Ruvic/Illustration

Cryptocurrency ether rose to a fresh record peak on Tuesday before dropping sharply as some investors pulled profits from a white-hot market bulging with questionable new entrants.

That still leaves it with a gain of some 340% this year. The rise is in part a spillover from flows into bitcoin, which has grown in stature as big-name investors from Elon Musk’s carmaker Tesla to Wall Street investor Stanley Druckenmiller buy in.

It is also being driven by a speculative frenzy in the asset class.

Joke cryptocurrency dogecoin is up by 9,000% this year to put the sum of its tokens on issue at over $54 billion. Other new tokens have...read more...