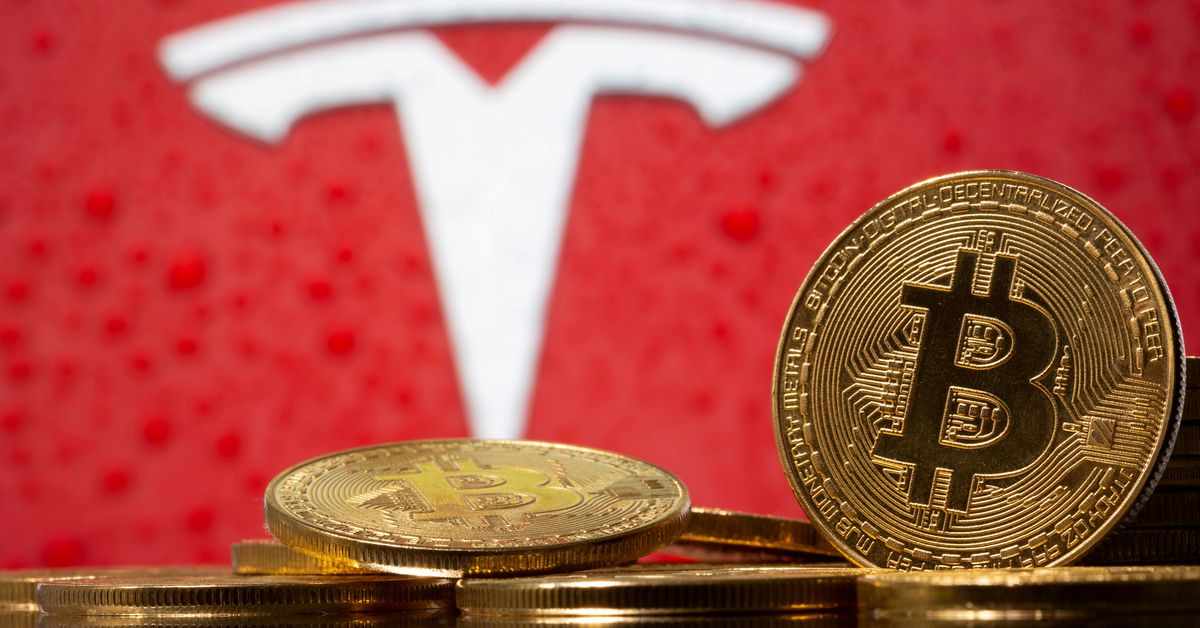 Representations of virtual currency bitcoin are seen in front of Tesla logo in this illustration taken, February 9, 2021. REUTERS/Dado Ruvic

Musk’s comments come after Tesla said in May it would stop accepting bitcoin for car purchases. read more

“Tesla would resume accepting bitcoin, it is most likely” Musk said at the B Word conference, where Square Inc’s (SQ.N) Jack Dorsey also took part.