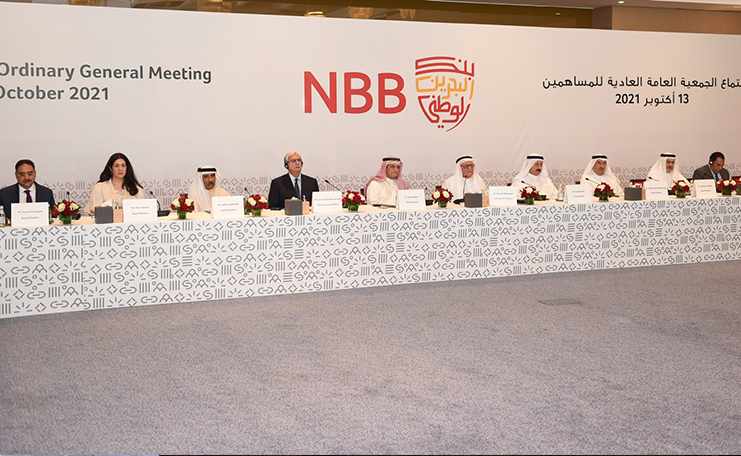 The National Bank of Bahrain (NBB) held its Ordinary General Meeting (OGM) on Wednesday, October 13 , at the Downtown Rotana Hotel in Manama. The meeting was attended by NBB’s Shareholders, Board of Directors and Members of the Executive Management. The meeting was headed by the Chairman of the Board of Directors, Mr. Farouk Yousif Khalil Al-Moayyed and highlighted the bank’s achievements and milestones to date, and announced the departure of two board members, Mr. Khalid Yousif Abdulrahman and Mr. Hussain Sultan and Al Ghanem, thanking them for their dedicated service and accomplishments. The meeting went on to welcome two new members, Mr. Vincent Van Den Boogert and Mr. Zaid Khalid Abdulrahman. Commenting on the occasion, NBB Chairman, Mr. Farouk Al-Moayyed, stated: “Under the patronage of our board members over the past years, the National Bank of Bahrain has achieved outstanding milestones, launching several initiatives that have greatly contributed to the growth and development of the Bahraini community and the organisation as a whole. The bank has changed the face of the banking sector within the Kingdom, emerging as a strong market leader to be exemplified within the field. NBB has transformed into a national enabler, pushing forward the Kingdom’s