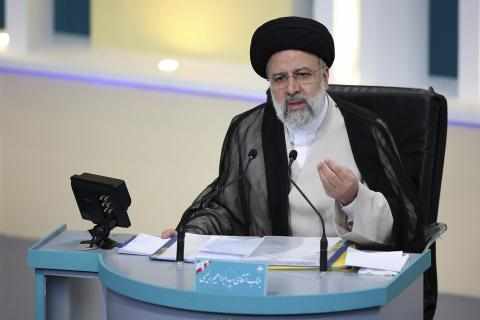 Iran’s leading presidential candidate staged a mass rally in the country’s southeast that drew thousands of supporters late Wednesday, the first such gathering amid the raging coronavirus pandemic that has largely halted traditional election campaigning.

Although government officials claimed the city’s mass event was held in “full compliance” with coronavirus measures, there were no signs of social distancing on the field. Some supporters wore masks while others did not.

Raisi, the candidate who analysts suggest is the front-runner, took the stage just before midnight amid pounding Farsi pop music.

“Raisi, Raisi, we support you!” the crowds thundered, waving signs.

During his speech, the cleric, wearing a black turban, opined on the country’s grievances. He...read more...