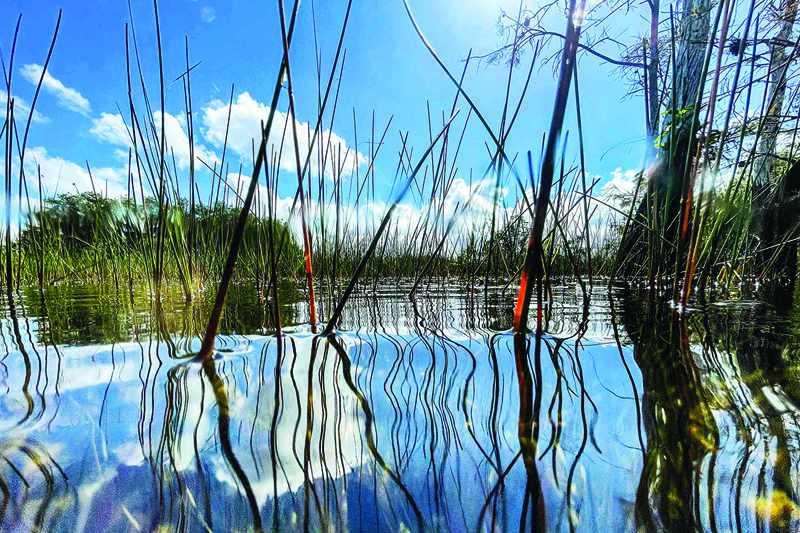 Umberto Gimenez loves alligators. He gives them nicknames such as “Smile” and “Momma Gator” and laughs when he thinks of their antics. Gimenez, an airboat captain, has found his paradise in Florida’s Everglades National Park, a natural gem in the southeastern US state at risk from climate change. “It’s an amazing place and there’s only one in the world,” he says. The largest wetland in the United States is under threat, and has become a battleground for one of the most sweeping ecological conservation efforts on Earth.

Gimenez hopes the efforts will help preserve the park. But time is running short, and global warming is sabotaging a subtropical wilderness that is home to more than 2,000 species of animals and plants. The primary threat comes from the sea. The Everglades, like all of south Florida, is almost flat, which makes the ecosystem extremely vulnerable to rising sea levels, one of the biggest consequences of temperature increases.

The passage of salt water into the freshwater wetlands can have disastrous effects. The region stores and filters the water that nine million of Florida’s population of nearly 21 million depends on. Once salt penetrates subterranean aquifers, they can be ruined. In addition, salt water risks destroying the habitat for much of the rare fauna and flora in the area. Intensifying droughts and reduced rainfall, other consequences of climate change, are also causes for concern.