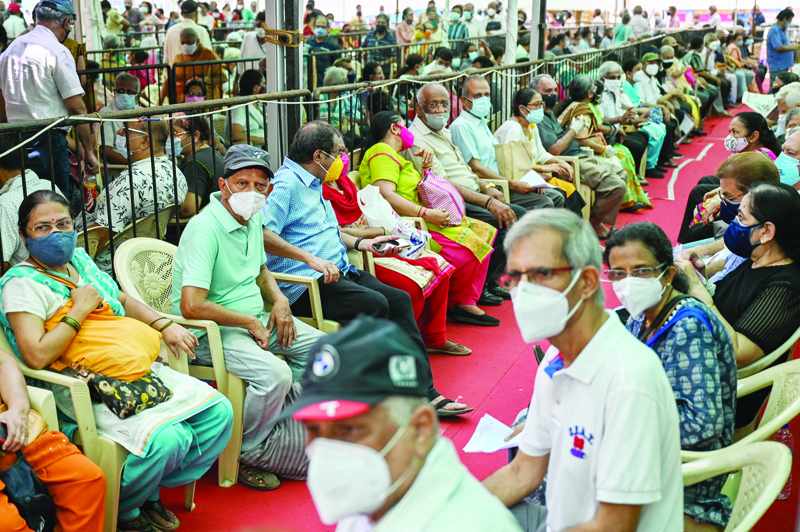 NEW DELHI: The first emergency medical supplies trickled into COVID-stricken India yesterday as part of a global campaign to staunch a catastrophic wave in the latest pandemic hotspot, with the United States also pledging to export millions of AstraZeneca vaccine doses.

India’s infection and death rates are growing exponentially, overwhelming hospitals, in contrast to some wealthier Western nations that are starting to ease restrictions. The virus has now killed more than 3.1 million people worldwide, with India driving the latest surge in global case numbers, recording over 350,000 new infections yesterday.

Crates of ventilators and oxygen concentrators from Britain were unloaded at a Delhi airport early yesterday, the first emergency medical supplies to arrive in the country. Elsewhere in the capital AFP images showed smoke billowing from dozens of pyres lit inside a parking lot that has been turned into a makeshift crematorium.

“People are just dying, dying and dying,” said Jitender Singh Shanty, who is coordinating the cremation of around 100...read more...