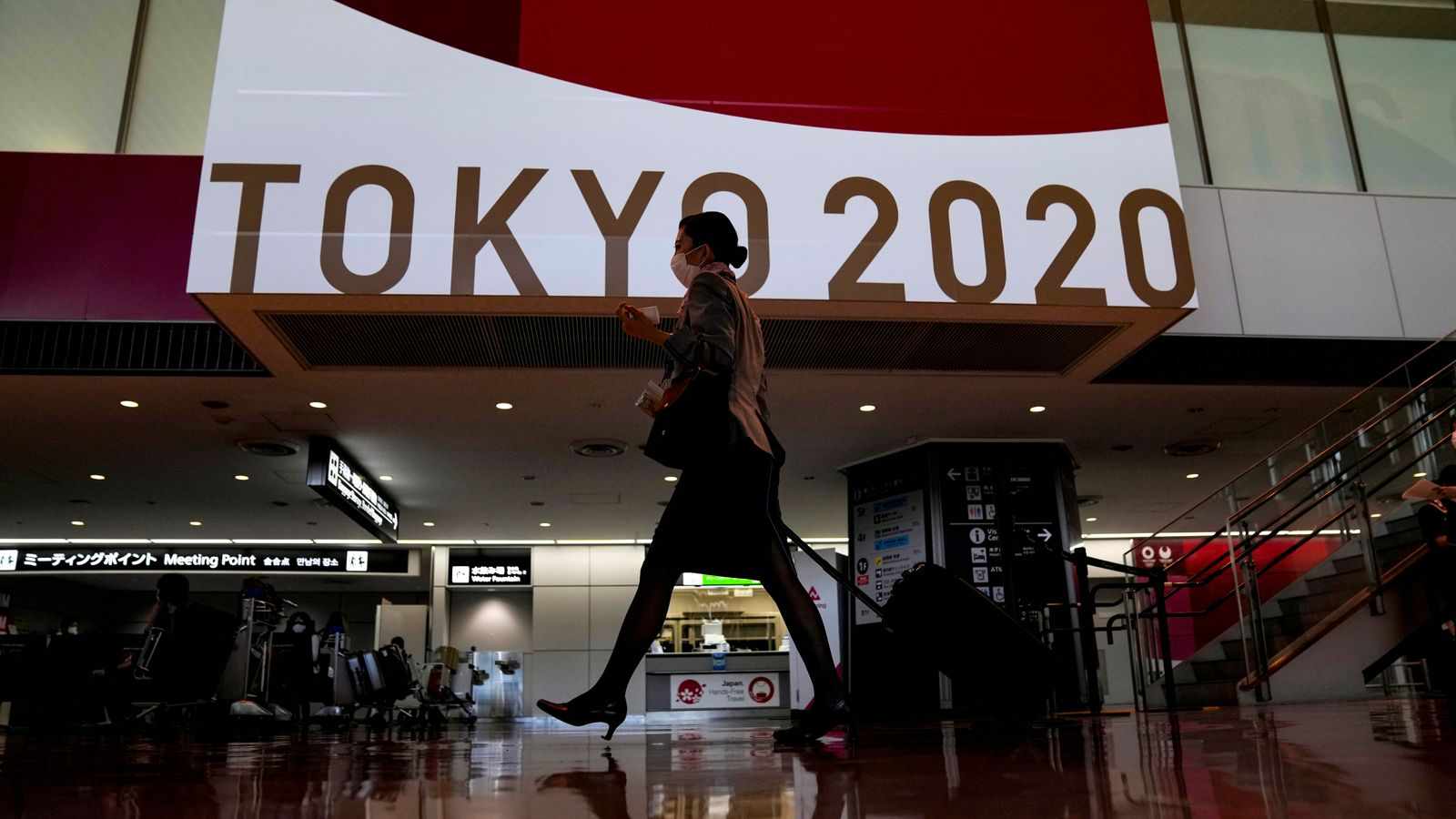 Two athletes living at the Olympic Village in Tokyo have tested positive for COVID-19.

The unidentified competitors have now been taken into isolation as organisers try to establish the close contacts of the athletes concerned.

It comes after a third unnamed athlete tested positive following their arrival in Tokyo, but they are not currently at the Olympic Village.

Image:
Spectators have been banned from attending events in Tokyo. Pic: Kyodo via Associated Press

Tokyo 2020 had promised that the Athlete’s Village in the Harumi district of the Japanese capital would be one of the most COVID-secure environments possible.

The first case to be confirmed within the village was a Games worker who tested positive during the routine screening that everyone living there has to undertake.

The news that competitors will