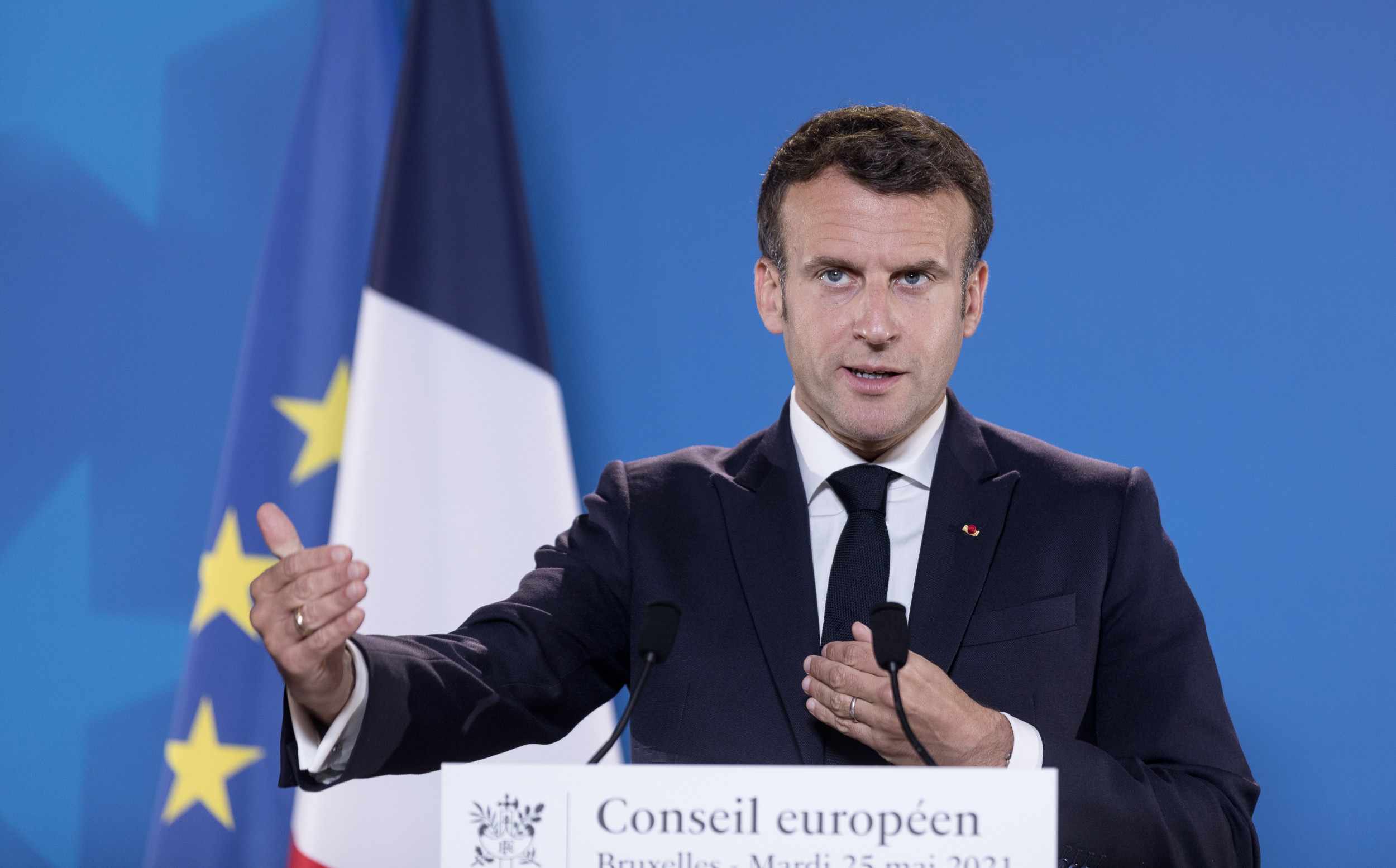 The U.S. promised to donate 500 million Pfizer vaccines by mid-2022 to 92 countries and the African Union.

“I think the European Union needs to have at least the same level of ambition as the United States,” Macron said.

For more reporting from the Associated Press, see below.

BRFrench President Emmanuel Macron talks to media at the end of an extraordinary EU Summit on May 25, 2021 in Brussels, Belgium.