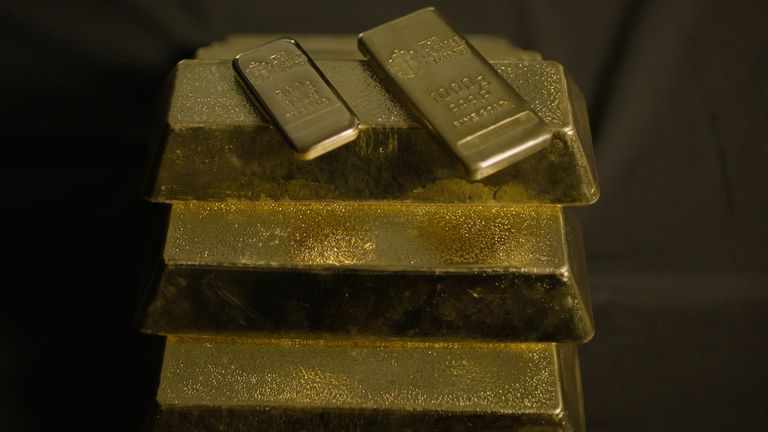 The Royal Mint has revealed how a leap in demand for investment in precious metals helped it deliver a return to annual profit, with the coronavirus crisis prompting a surge in prices.The government-owned mint, based outside Cardiff, reported a pre-tax profit of £12.4m during the year to 31 March compared with losses of £0.2m over the previous 12 months. Revenue rose 85% to just shy of £1.1bn. Image: This ten-kilo gold 'masterwork' was shown off in April this year to mark The Royal Mint's Queen's Beasts collection The manufacturer of coins for the UK and more than 30 other nations globally also credited sales of historic coins and exclusive 'Masterwork' pieces, including a 9.5kg gold coin to mark the Queen's 95th birthday.The company reported record international sales, particularly in Asia and the US, for the Music