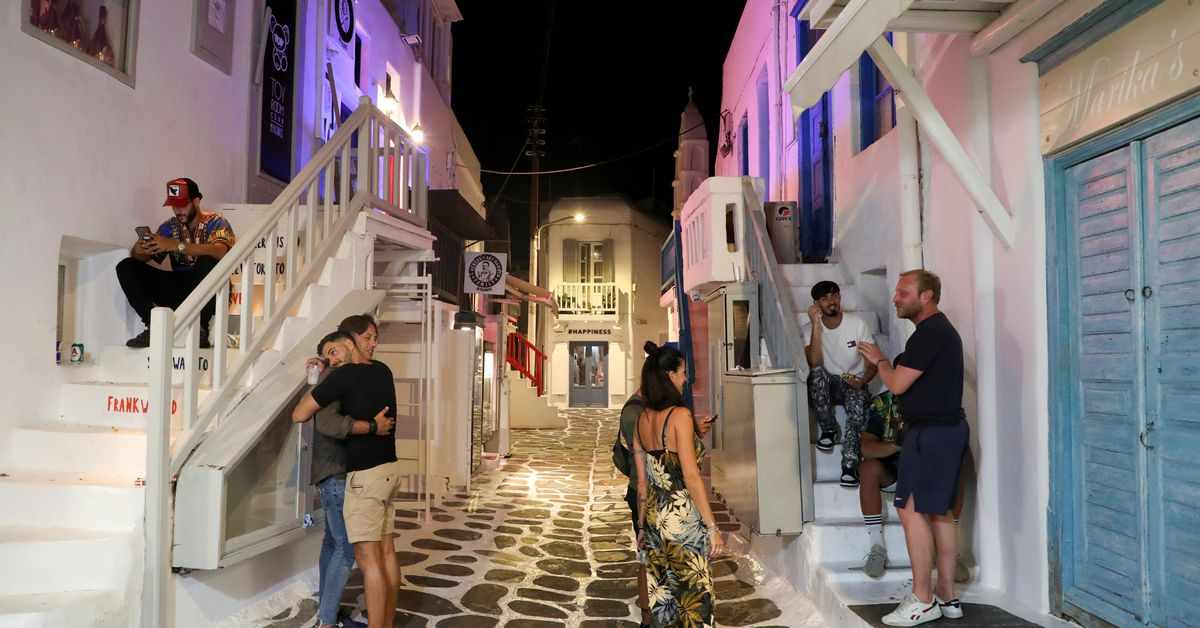 Tourists are seen in front of closed shops and restaurants in Mykonos town as Greece banned music in restaurants and bars and imposed a nighttime curfew on Mykonos island, in Mykonos Greece, July 18, 2021. REUTERS/Louiza Vradi

MYKONOS, Greece, July 18 (Reuters) – There was no music and no dancing on Greece’s famed party island Mykonos on Sunday as new rules to contain the spread of COVID-19 pushed tourists to cancel holidays and left business owners fuming.

Tourism accounts for a fifth of the Greek economy and the country desperately needs a strong season this year following a collapse in visitor numbers and revenues to record lows in 2020.

Mykonos is one of its most popular destinations, attracting more than a million visitors each summer, among them Hollywood stars, models and world-famous athletes.

“They decide to destroy the economy of the island at the most critical time of the year,” said Iraklis Zisimopoulos, head of a business owners’ association who owns two hotels,...read more...