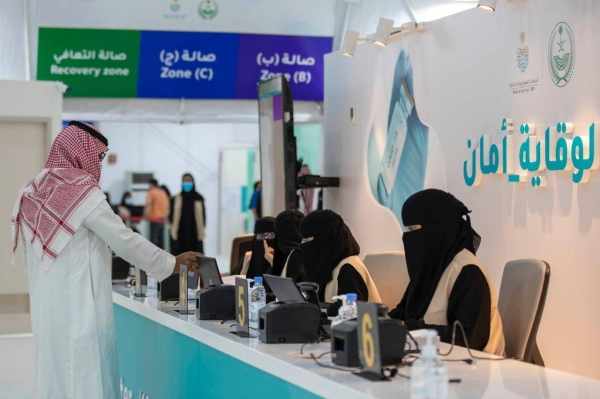 Single-day COVID-19 cases remained above the 1,000-mark for the fourth consecutive on Friday, with 1,056 new infections recorded over the past 24 hours, according to the Ministry of Health.

The ministry announced 11 more deaths over the past 24 hours due to complications caused by the deadly virus.

This brings the total number of confirmed infections in the Kingdom to 417,363 and the virus-related fatalities to 6,957.

The ministry also reported 1,071 recoveries over the past 24 hours, raising the total number of people free from the deadly virus to 400,580.

The Riyadh region recorded the highest number of new cases with 446 followed by the Makkah region with 253 and the Eastern region with 136 infections.

The remaining cases were detected in other regions of the Kingdom.