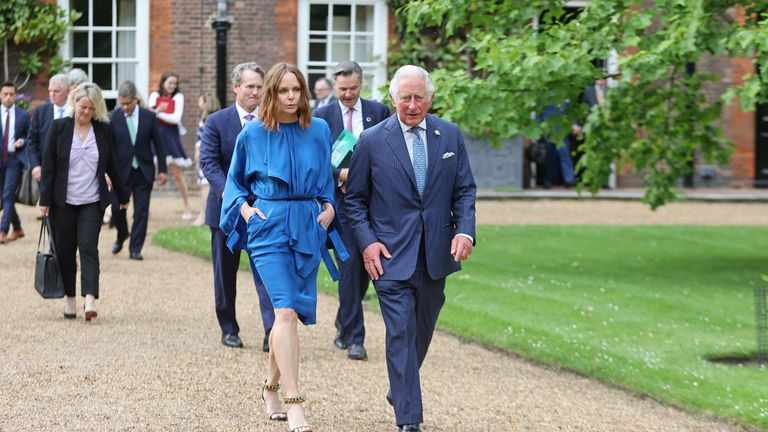 Stella McCartney has told Sky News that the world needs to realise how ”unfashionable the fashion industry” still is when it comes to the climate crisis, as she prepares to meet G7 leaders, alongside the Prince of Wales.

The fashion designer, who will join a delegation of 10 CEOs from the world’s biggest companies in Cornwall, told Sky News she will be asking the world leaders to “look at laws, look at policy change” so that she no longer feels “penalised for doing good”.

The reception at the Eden Project, hosted by Prince Charles, will be the first of its kind at a G7 summit with political figures and business leaders all discussing the climate crisis.

Image:
A Stella McCartney creation at Paris Fashion Week in 2020

Covid-19 forces a rethink in the fashion industry