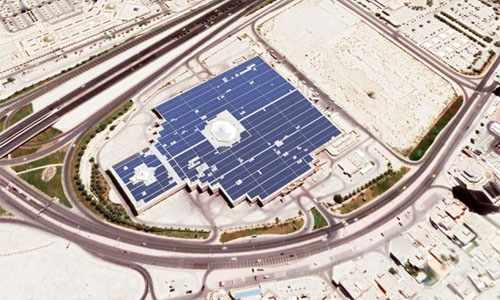 The future looks bright for Bahrain's solar energy industry with new technologies already in place. In the coming years, solar will have become the most important source of energy for electricity production in the Kingdom. It will increase energy efficiency and lower costs further. In fact, the Kingdom has already launched an initiative to install solar energy systems distributed on the roofs of government buildings. It was implemented on 535 buildings using the "Boom" system, without any investment costs for the beneficiaries of the clean energy they produce. This initiative is one of those included in the national renewable energy plan, which has a great contribution to encourage investment in renewable energy in Bahrain. The national renewable energy plan revolves around three main policies and seven projects, and that the national goal aims to increase the share of renewable energy in the total energy mix by 5%, equivalent to about 250 megawatts by 2025 and by 10% by 2035. The total energy expected to be produced through this initiative is estimated at 50 megawatts, thus constituting 20% of the national renewable energy target to be achieved for the year 2025. This will enable the Kingdom to save BD230 million in