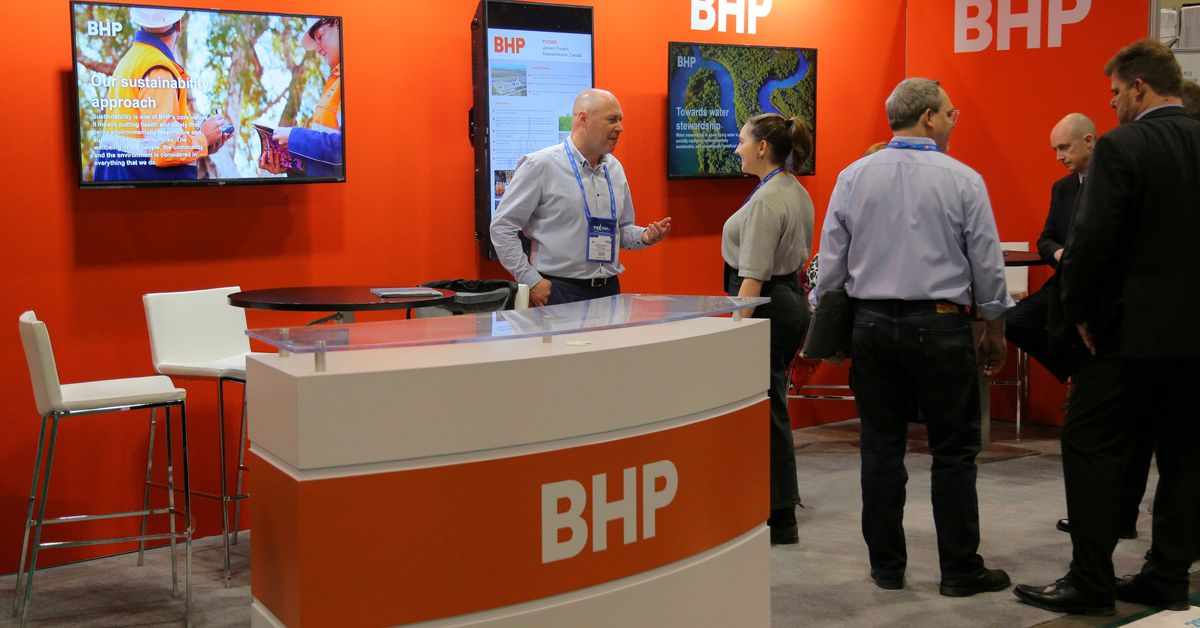 Visitors to the BHP (formerly known as BHP Billiton) booth speak with representatives during the Prospectors and Developers Association of Canada (PDAC) annual convention in Toronto, Ontario, Canada March 4, 2019. REUTERS/Chris Helgren/File PhotoJuly 20 (Reuters) - Global miner BHP Group (BHP.AX) is considering getting out of oil and gas in a multibillion-dollar exit as it looks to speed up its retreat from fossil fuels, Bloomberg News reported on Tuesday, citing people familiar with the matter.The world's biggest miner is reviewing its petroleum business and considering options including a trade sale, the report said, adding that the deliberations were still at an early stage and no final decision has been made."BHP does not comment on rumor or speculation," company spokesperson Judy Dane said.Mining companies around the world are under growing shareholder pressure to reduce their carbon footprint and take stringent climate actions to cut emissions, as calls for a shift towards cleaner forms of energy accelerate.Analysts at RBC said they valued BHP's oil and gas portfolio focused on the U.S. Gulf of Mexico, eastern Canada and Australia at $14.3 billion."With rising ESG (environmental, social and governance)pressures facing the industry, but also as this business potentially enters into a re-investment