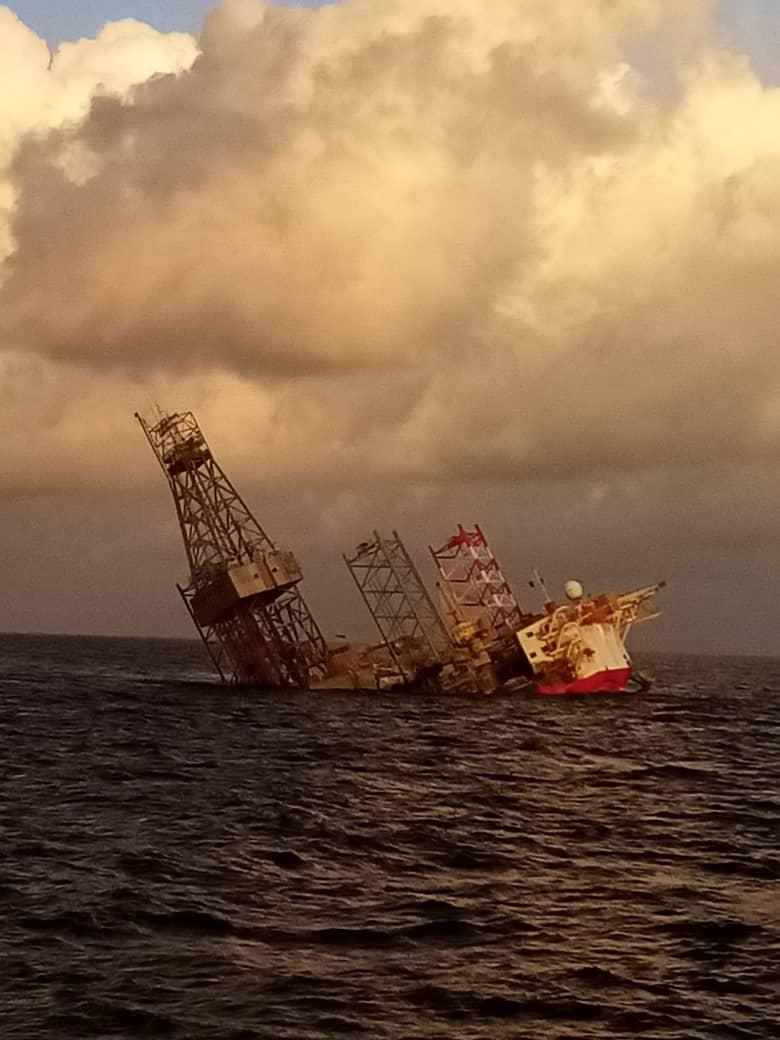 A jack-up drilling rig owned by Malaysia’s Velesto Energy, and working for ConocoPhillips, off the Malaysian state of Sarawak, has reportedly sunk.

Industry sources told Energy Voice that the jack-up rig, believed to be Naga (dragon) 7, started to sink after it apparently “punched through” the seabed. “What I understand by this is that when it started testing the seabed to take the full weight of the rig, it broke through the partially consolidated sea floor and through into unconsolidated mud below, in one corner apparently,” said one industry source.

“It seems the whole rig was lost,” added the source.

Photographs seen by Energy Voice appear to show that the rig has completely sunk.

“This sort of weak sea floor should have been identified during the site survey – a detailed high resolution survey of the sea floor to identify best location for the rig and identify any shallow hazards that may be encountered during early drilling such as pockets of gas,...read more...

Related to: US Rig EXCLUSIVE Malaysia

Mental Health Days Should Be an Employee’s Right, and Here Is Why!