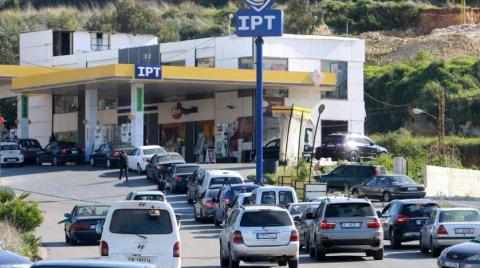 Vehicles queue for fuel at a gas station in Lebanon on March 16, 2021. (Reuters)

It vowed to implement the decision as soon as possible, given Lebanon’s urgent need for this support in light of the current exceptional economic circumstances.

In a letter to Iraqi Prime Minister Mustafa al-Kadhimi, Speaker of Lebanon’s House of Representatives Nabih Berri said one million tons of crude oil is sufficient to meet half of Lebanon’s annual need.

“On my behalf, and on the behalf of Lebanon’s parliament and the Lebanese people, I extend my heartfelt appreciation to the Iraqi president, government, parliament and people,” the letter read.

Diab held a phone call with Kadhimi on Wednesday, during which he expressed gratitude for the...read more...

President telegraphs Iraqi counterpart thanking him for doubling amount of oil for Lebanon: It is not strange that the Iraqi State always stands by Lebanon

Berri thanks Iraqi PM over decision to provide Lebanon with oil

Report: Iraq Agrees to Secure Half of Lebanon’s Oil Needs