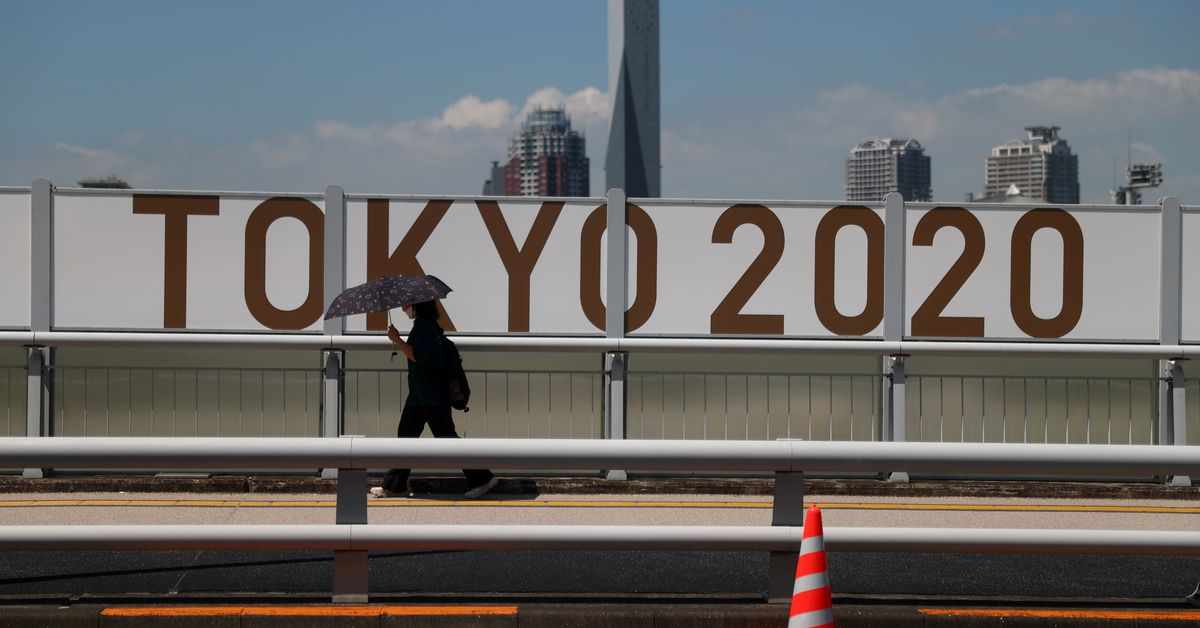 Tokyo 2020 Olympics Preview – Tokyo, Japan – July 19, 2021 A woman shelters from the sun under an umbrella as she walks past Olympics signage REUTERS/Thomas Peter/File Photo

TOKYO, July 20 (Reuters) – Japan has rebooted extra power plants, including a long-dormant nuclear reactor, and taken other steps to avoid a power crisis as temperatures soar and demand for cooling surges, especially in Tokyo, where the Olympics begin on Friday.

With the world’s eyes on Tokyo as it hosts the Summer Games amid worries over risks posed by the coronavirus pandemic, Japan wants to avoid ay recurrence of the electricity crisis suffered during the winter, when power companies urged customers to ration usage to prevent blackouts. read more

Earlier this month, Kansai Electric Power (9503.T) restarted another reactor, the fifth to be restarted in Japan since January, including a 44-year-old unit that had been shut...read more...