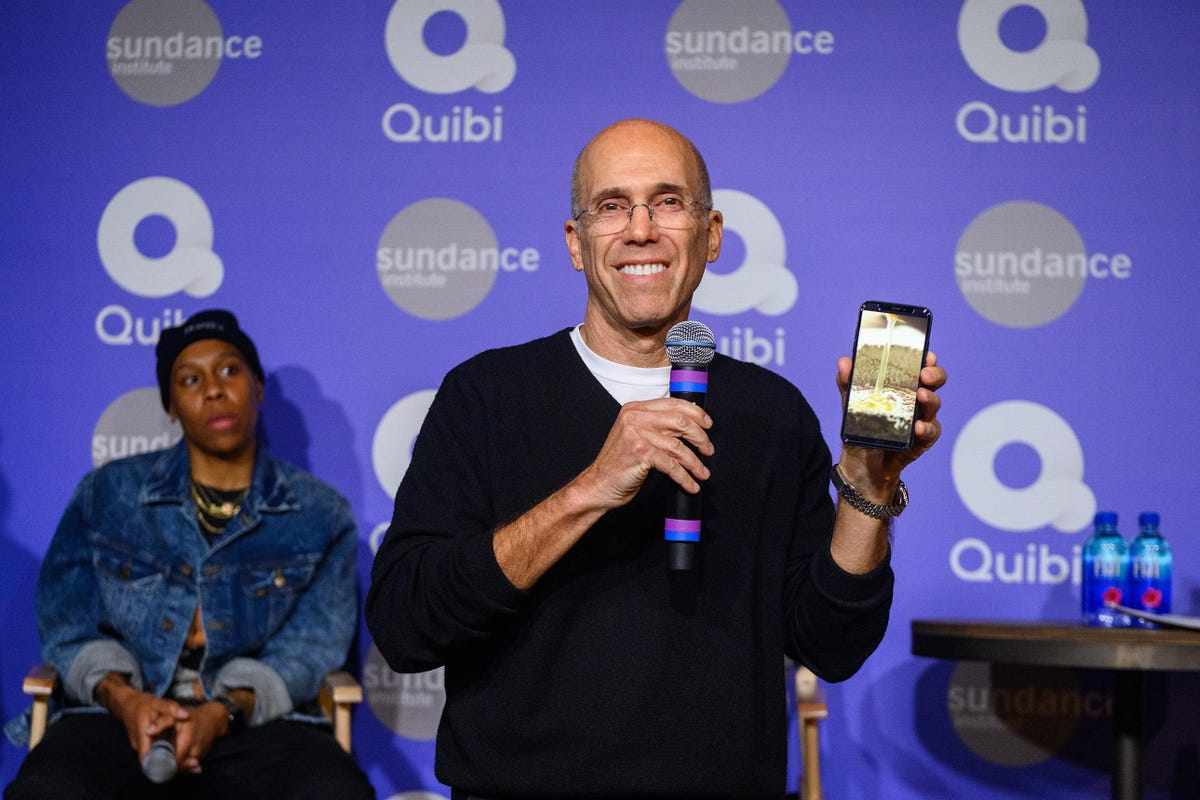 Jeffrey Katzenberg demonstrates Quibi's Turnstyle technology at Sundance 2020 prior to the service's launch. He agreed to transfer ownership of the technology to Eko to settle a patent dispute. Eko sought $102 million for Quibi's use of the contested video-flipping technology. The legal battle between Quibi and New York-based technology company Eko has ended in a settlement that will require Jeffrey Katzenberg's failed mobile video company to surrender the video-flipping technology at the center of the case. Both sides agreed to dismiss their claims in the 18-month long patent infringement lawsuit that lasted longer than Quibi itself. It appears no monetary damages were awarded in the settlement announced Wednesday, though Eko was seeking to recover at least $101. 9 million. The legal battle around Quibi's "Turnstyle" feature erupted in federal district court in Los Angeles in March 2020, a month before the service's ill-fated launch, with Eko alleging Katzenberg's startup had stolen its technology. Quibi pre-emptively filed suit, seeking to prevent Eko from taking steps that would derail the service's April 6, 2020, debut. Eko responded with its own legal claims. Eko's founder, Yoni Bloch, said his company had developed groundbreaking technology that would seamlessly switch between landscape and portrait…