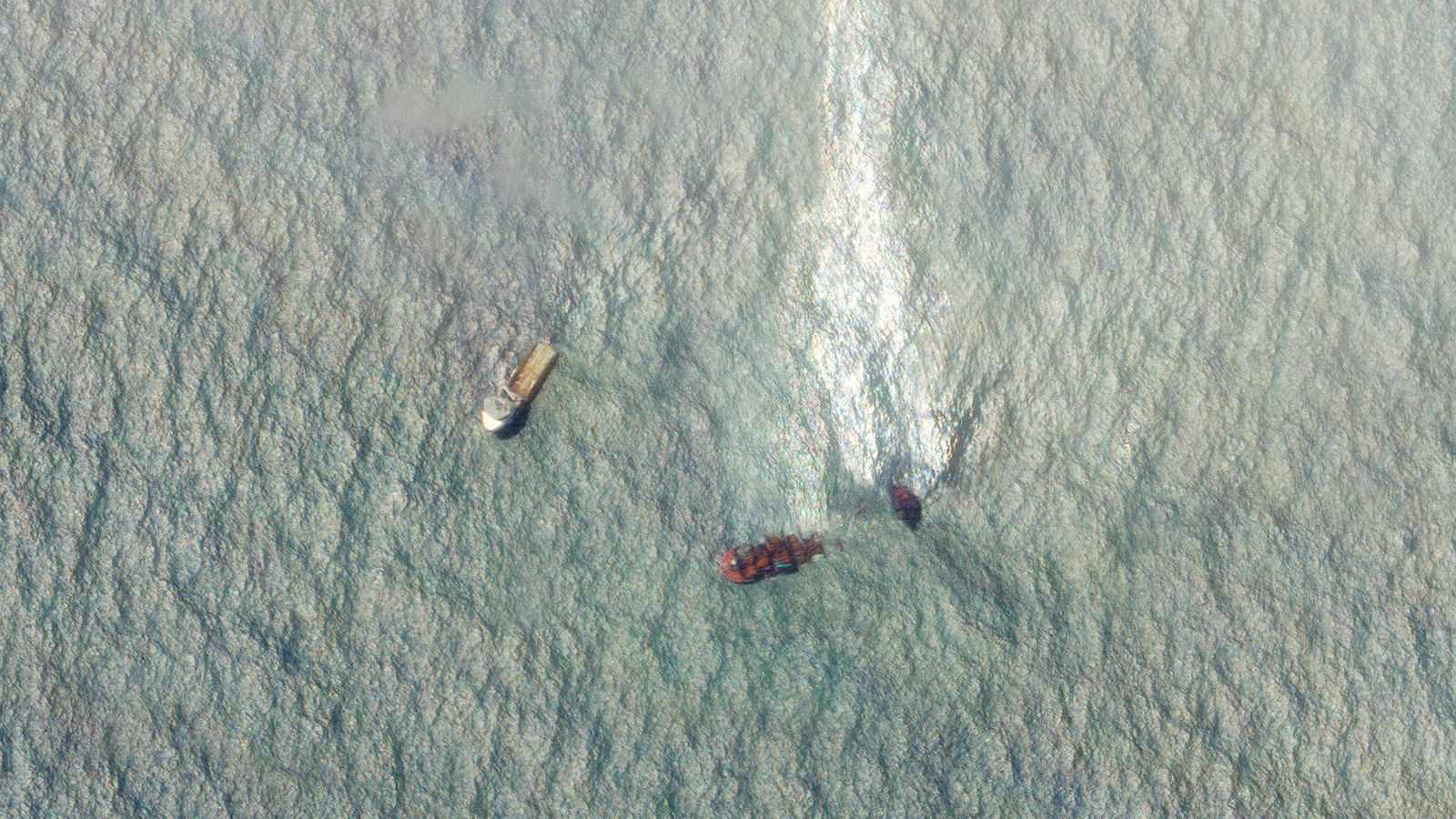 A large oil slick surrounding the damaged container ship in Sri Lanka has been captured in satellite images.

The X-Press Pearl began to sink on 2 June after a fire broke out on board. The ship was laden with chemicals.

The incident has been described as Sri Lanka’s “worst marine ecological disaster”.

Images showing dead turtles washing ashore and beaches covered in plastic pellets have emerged as authorities issued a ban on fishing in the area.

Image:
A dead turtle that has washed up on the beach following the disaster. Pic: The Mighty Roar

The images, taken on Monday, show the slick is several hundred metres long.

Although a part of the ship has sunk to the