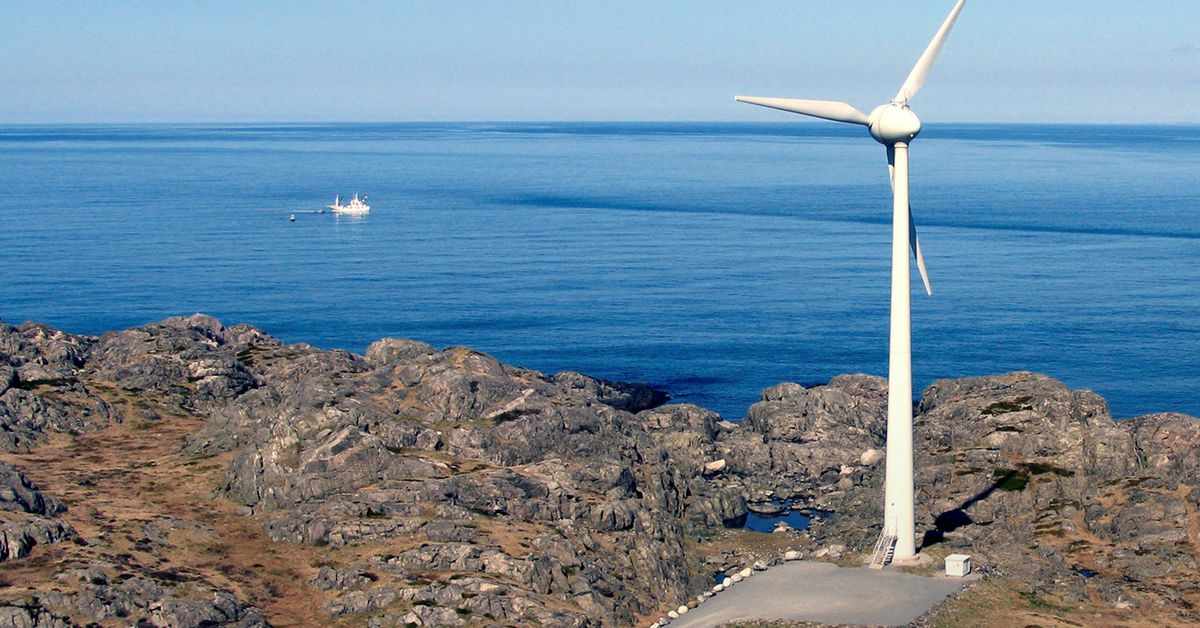 A windmill stands next to the ocean in Utsira, Norway April 22, 2008. REUTERS/Wojciech Moskwa

Wind power could make it possible to produce hydrogen without emitting greenhouse gases as cheaply as is currently feasible with fossil fuel energy by 2030, turbine maker Siemens Gamesa (SGREN.MC) said in a white paper released on Wednesday.

Policymakers see green hydrogen, which is made with renewable power without emitting carbon, as a vital tool to help shift economies away from planet-warming energy sources and to stave off climate change, but want to reduce its sky-high costs.

Using onshore wind turbines to power electrolysers that extract hydrogen from water could become as cheap as making it using fossil fuels by 2030, and offshore wind could get there by 2035, Siemens Gamesa said.

Siemens Gamesa said it based its cost forecasts on what it described as fair pricing for permits to emit carbon dioxide.

It also said it would only be possible to bring down the cost of green hydrogen...read more...