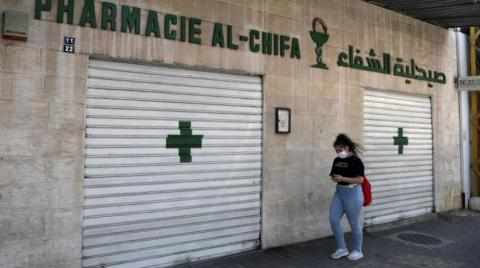 Pharmacies across Lebanon shuttered their doors on Friday in protest of severe supply shortages, as motorists seeking fuel queued for hours outside petrol stations since the crack of dawn.

The two-day strike called by pharmacists over lacking medicines, gasoline and even infant milk is the latest sign of Lebanon’s economic and financial meltdown, which appears to be spinning out of control amid complete political inaction by the country’s leaders.

Entire blocks have come to a stand still around the country, causing massive traffic jams in small streets and on highways, because of queueing motorists outside of gas stations. The fuel shortages are also threatening to turn off power generators, which are the main source of electricity for most Lebanese.

Fights broke out among customers in some stations, as some insisted on filling plastic gallons. Many stations were closed, saying they had no gasoline to offer.

“The situation is unbearable,” said Rabie Alkajk, a Beirut resident who was among a group of young men...read more...

Pharmacies, gas stations close due to shortages in Lebanon