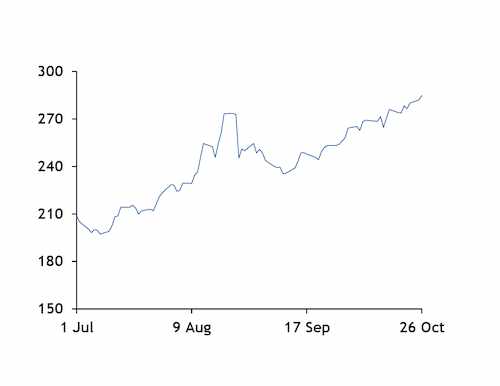 London, 27 October (Argus) — EU wheat exports so far this marketing year are likely to have reached their highest for the period amid strong milling wheat demand from north Africa and rising feed wheat purchases from Asian buyers.

EU-27 soft wheat exports totalled 8.99mn t on 1 July-24 October, up from 7.23mn t a year earlier, according to preliminary European Commission data. But only some data from France — one of the EU’s largest wheat exporters — has been logged, so overall exports might have been higher.