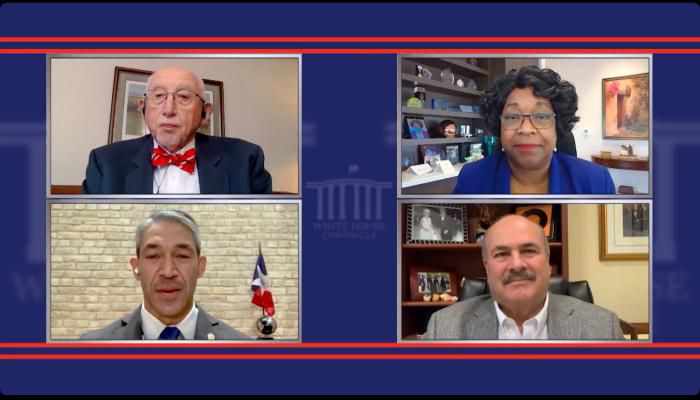 Talking about the aftermath of the Texas deep freeze on “White House Chronicle” on PBS with (left to … [+] right) Host Llewellyn King, Paula Gold-Williams, president and CEO of CPS Energy, Clinton Vince, chair of the U.S. Energy Practice of Dentons, and San Antonio Mayor Ron Nirenberg.

“Confusion now has made its masterpiece!” — William Shakespeare, “Macbeth”

CPS Energy, the municipal electric utility serving San Antonio and the surrounding area, has won the first skirmish against the Electric Reliability Council of Texas (ERCOT), the state grid operator, over charges resulting from the deep freeze in February. The district court in Bexar County granted a temporary restraining order sought by CPS Energy to keep it from being forced into default and to prevent ERCOT from seizing collateral payments.

At the core of the order by State District Judge Aaron Haas is a prohibition against attempts by ERCOT to charge its losses across viable utilities — those that haven’t...read more...