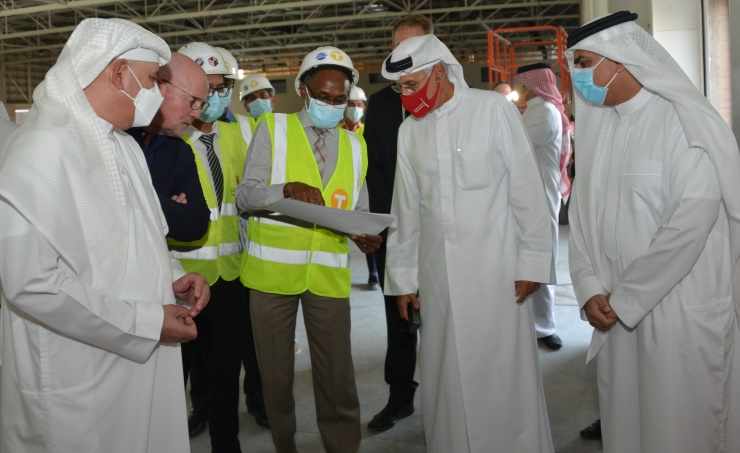 Industry, Commerce and Tourism Minister, Bahrain Tourism and Exhibition Authority (BTEA) Chairman Zayed bin Rashid Al Zayani inspected the progress of work on the Bahrain International Exhibitions and Conventions Centre (BIECC) in Sakhir. He was accompanied during the inspection visit by Works, Municipalities Affairs and Urban Planning Ministry Undersecretary for Works Affairs Ahmed Abdulaziz Al Khayyat and other officials. The minister said that the new exhibition town represents one of the most important strategic and vital projects, which stem from the 2030 Bahrain Economic Vision. He noted that the milestone would further bolster Bahrain’s presence on the world map of exhibitions and conventions and attract major public and specialised events and promote the Kingdom as a favoured destination for exhibitions and conventions and investments. Al Zayed said that BTEA tourism and projects would be further developed to further enhance Bahrain’s strategic standing on the world tourism map. He underscored the crucial importance of strategic partnership between the public and private sectors in supporting promising projects in Bahrain and optimizing their windfall. BNA(R)