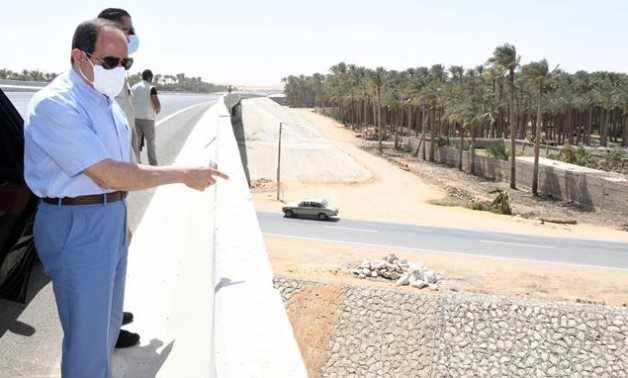 CAIRO – 30 April 2021: Egyptian President Abdel Fattah El Sisi made an inspection tour of some of development construction projects that included newly-built highways, car market, besides projects of irrigation canal lining, on Friday, said the Presidency in a statement.

The road is 156 km in length, with 16 traffic lanes (8 lanes in each direction), making it the widest highway of road networks in the Middle East region to ease the traffic jam, the presidency added.

Sisi also inspected the projects of lining irrigational canals in Badrashin area, southern Cairo, which comes as part of a national nationwide project to line canals and drains.

The president, during the weekly tour, inspected the