Dubai’s Marina 101: Some property buyers in stalled skyscraper project will lose all their millions 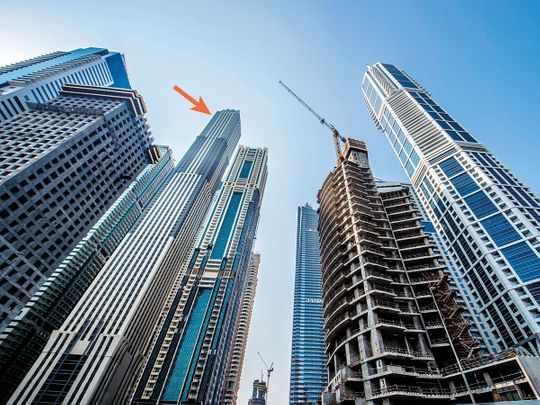 Dubai’s Marina 101: Some property buyers in stalled skyscraper project will lose all their millions

Dubai: Even as Dubai works out solutions for extensively delayed/shelved projects launched by private developers in the past, one group of property investors in these projects will have no reason to cheer. These are the unfortunate ones not to have their unit sales recorded in Dubai Land Department's 'Oqood' offplan sales register for various reasons. Nowhere is this more apparent than at the Dh1 billion Marina 101 skyscraper development in Dubai Marina. According to feedback from investors, there are "more than 50 buyers" who don't have the Oqood certificates and will "lose everything" when a settlement is reached. "It is believed that among them is an investor who bought a Dh30 million penthouse, and which he failed to get registered." The Marina 101 is the most visible among the projects that were launched with such fanfare and then got stuck at some point in its development. But with the Marina 101, it is even more striking because the project has gone past the 97 per cent on the project side, as per official records. It was at that point that developer, Sheffield Real Estate, ran out of funds. Since then, the banks that have unpaid loans with the developer have