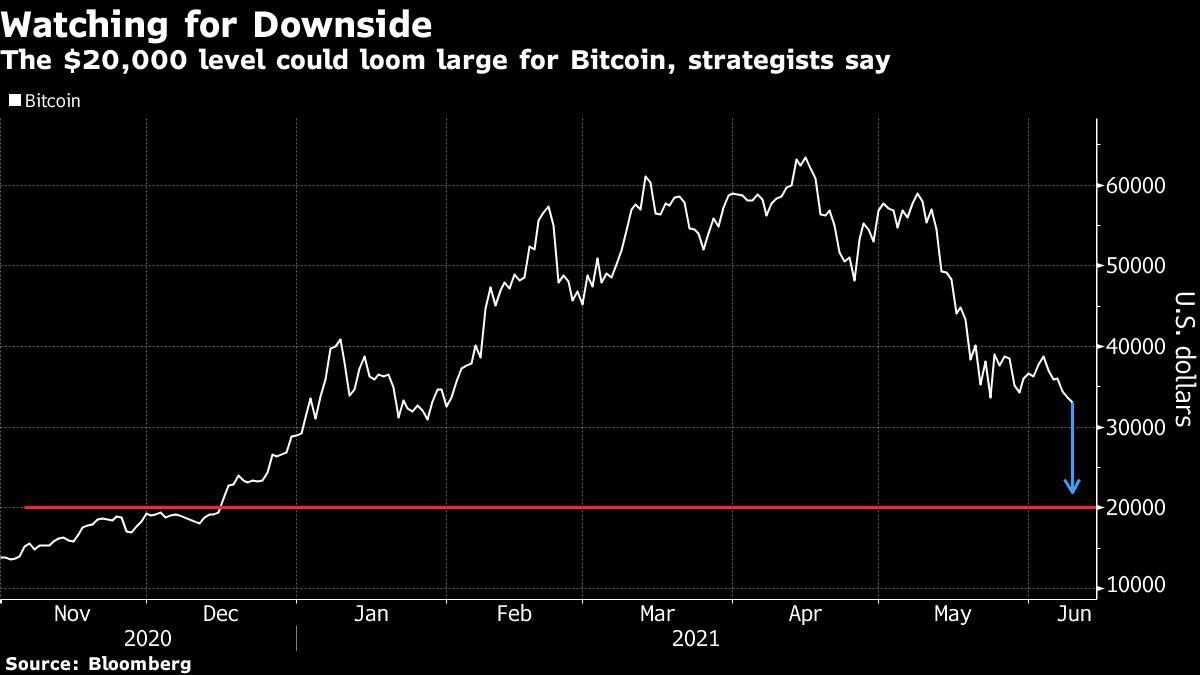 Another bad week for Bitcoin could be a precursor of more pain to come, according to strategists watching the selloff in cryptocurrencies.

Further weakness in its price may bring the $20,000 zone into view as a downside target, according to Oanda Corp., Evercore ISI and Tallbacken Capital Advisors LLC. Bitcoin fell about 2% to $33,000 as of 11:23 a.m. in Hong Kong and is down some 10% so far in June.

The largest cryptocurrency is “dangerously approaching the $30,000 level” amid growing regulatory fears in the U.S., and “a break of $30,000 could see a tremendous amount of momentum selling,” said Edward Moya, senior market analyst with Oanda Corp.

Bitcoin has dropped about $32,000 from its April record, roiled by a rebuke from billionaire Elon Musk over the energy it requires as well as a renewed regulatory crackdown in China.

The ability of U.S. authorities to recover a high-profile Bitcoin ransom also dented the idea that it’s beyond government control, which has been an article of faith for

We asked 20 strategists where bitcoin prices are headed. Here’s what they said