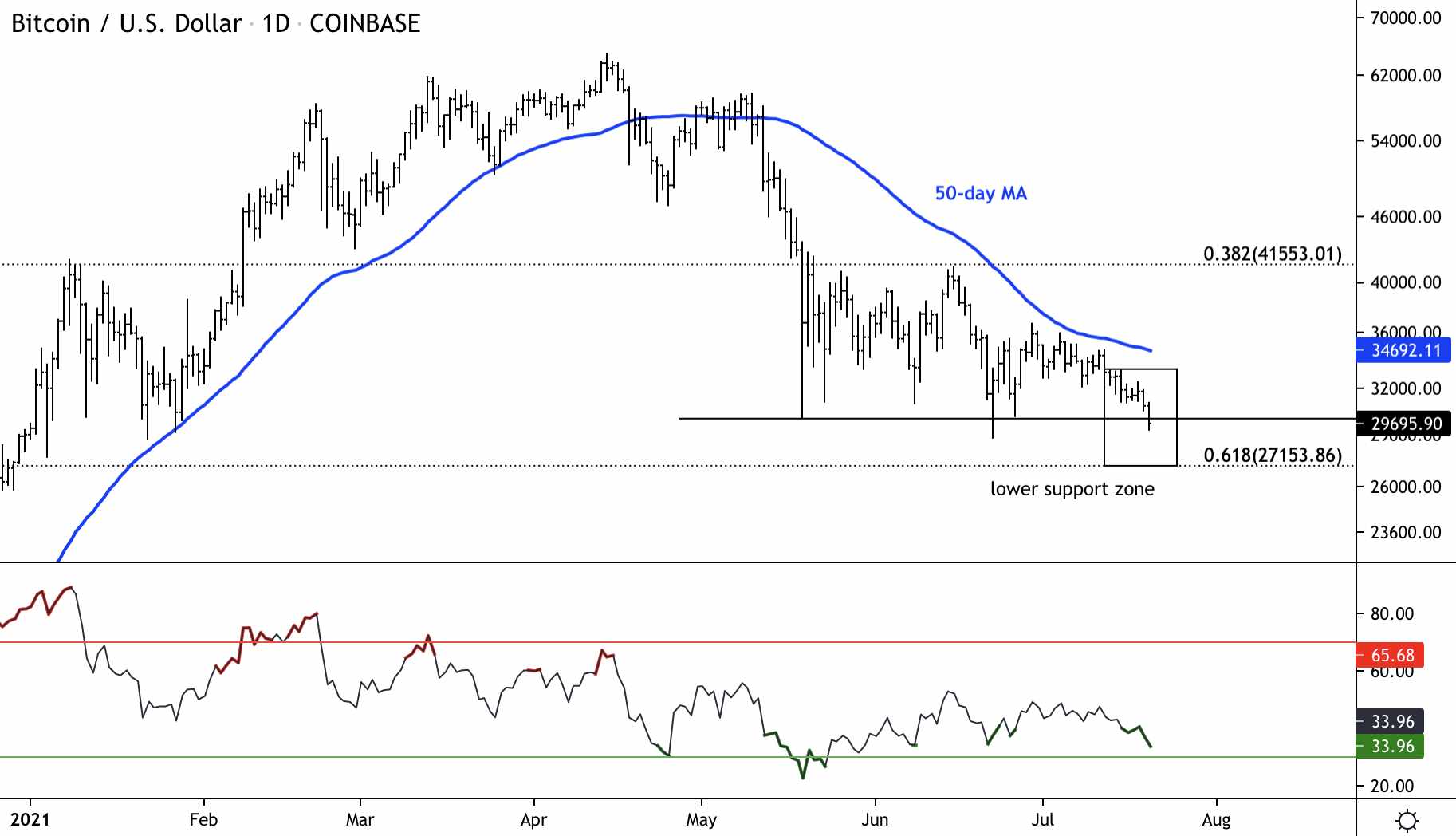 Bitcoin (BTC) sellers were active during Asia hours as the world’s largest cryptocurrency dipped below $30,000 for the first time in four weeks. The next level of support is seen at $27,000, which is a 60% retracement of the March 2020 low.

Intraday charts appear oversold, which could stabilize some selling pressure. However, upside appears limited below $34,000 given strong overhead resistance.

The relative strength index (RSI) on the daily chart is approaching oversold levels. The bullish divergence, defined by higher lows in the RSI from May 19, failed to encourage buying beyond the $36,000 resistance level.

Bitcoin remains in an intermediate-term downtrend which began in April and is seen by the downward sloping 50-day moving average.

The weekly chart is not yet oversold, which means sellers...read more...