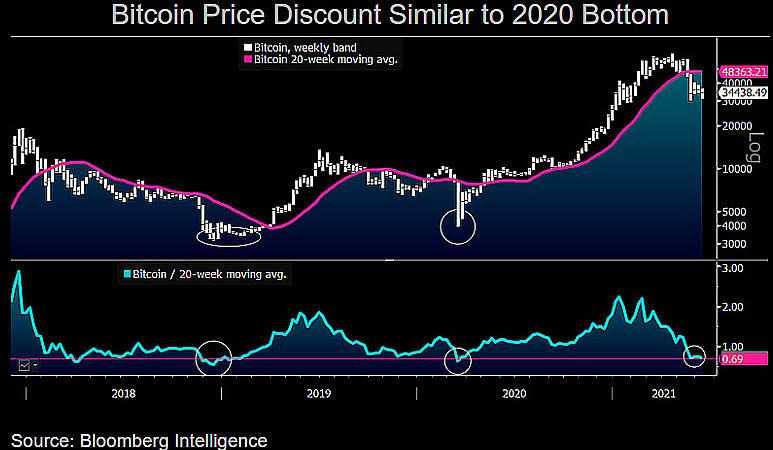 Bitcoin traded at a significant discount to its long-term moving average earlier this week, implying an overstretched bearish move and potential for reversal higher.

The cryptocurrency dropped to nearly $30,000 on Tuesday, pushing the ratio to its 20-week simple moving average (SMA) down to 0.61, the lowest since the March 2020 crash.

Historically, bitcoin has carved out major price bottoms with the ratio near 0.60.

“Our graphic depicts bitcoin at the steepest discount to its 20-week moving average since the March 2020 bottom around $4,000,” Bloomberg’s Mike McGlone said in a research note published on June 9. “A more enduring discount at the end of 2018 marked the low closer to $3,000.”

If past data is a guide, Tuesday’s low near $30,000 could also turn out to be a bear-market bottom. Bitcoin has bounced up slightly over the past...read more...