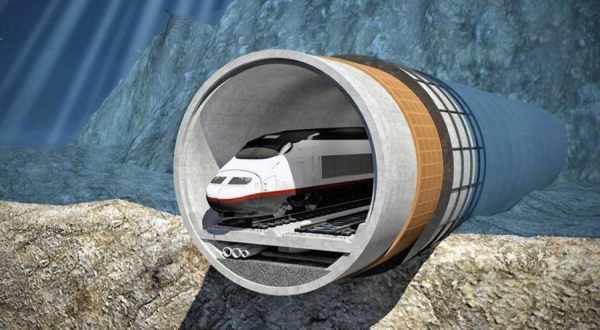 The privately funded project is headed up by entrepreneur Peter Vesterbacka and his FinEst Bay Area Development company — he made his fortune from the Angry Birds video game series (his nickname is Mighty Eagle).

The ambitious project would see two 103-kilometer-long high-speed rail passenger and freight tunnels dug 250 meters under the Gulf of Finland, between Helsinki in the north and Tallinn in the south, making the route far and away the longest undersea tunnel in the world.

The tunnels would be 17 meters in diameter, allowing each one to carry two train lines as well as pipes and conduits for other services if needed. In fact, the idea behind making them so wide is to future-proof them for advances in technology, such as