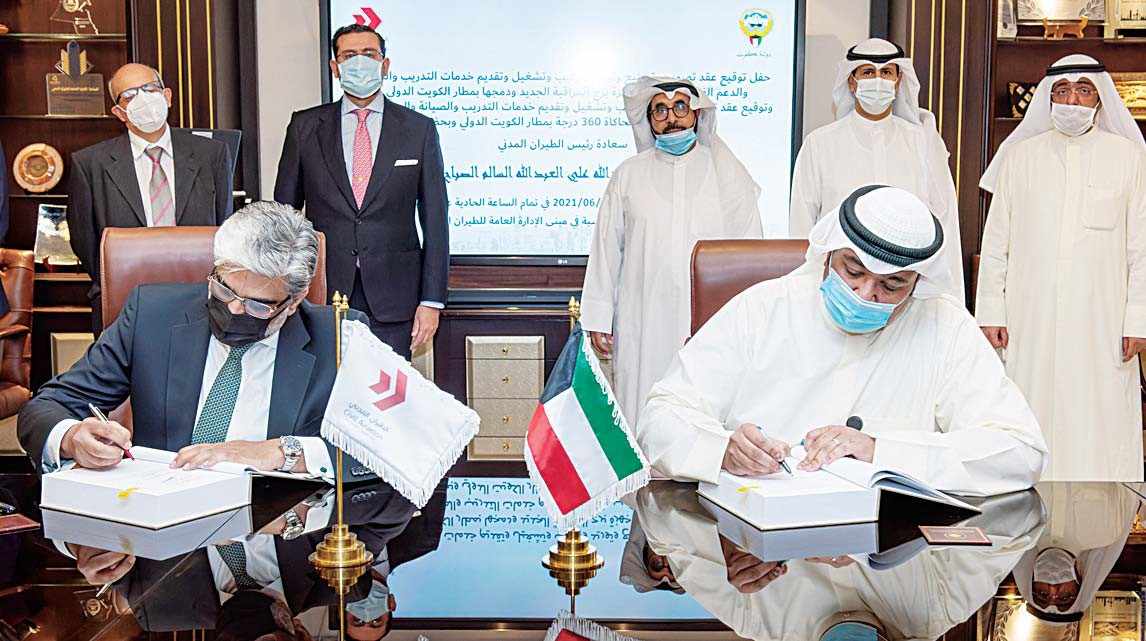 DGCA and Indra officials signing of the contract to provide devices to operate the new control tower at Kuwait airport.

Saad Al-Otaibi, DGCA’s Deputy Director General for Planning and Projects, told KUNA the contract, which would be implemented in 18 months, was part of a government plan to upgrade infrastructure of Kuwait International Airport by providing state-of-art navigation devices for the new tower.

This upgrade, he said, was within operation of a new runway as well as providing training of Kuwaiti nationals on operations and maintenance of the new communication system. The contract, signed by DGCA President Sheikh Abdullah Ali Al-Sabah and Indra representative in Kuwait Yahya Al-Shaibani, stipulated a 48-month guarantee