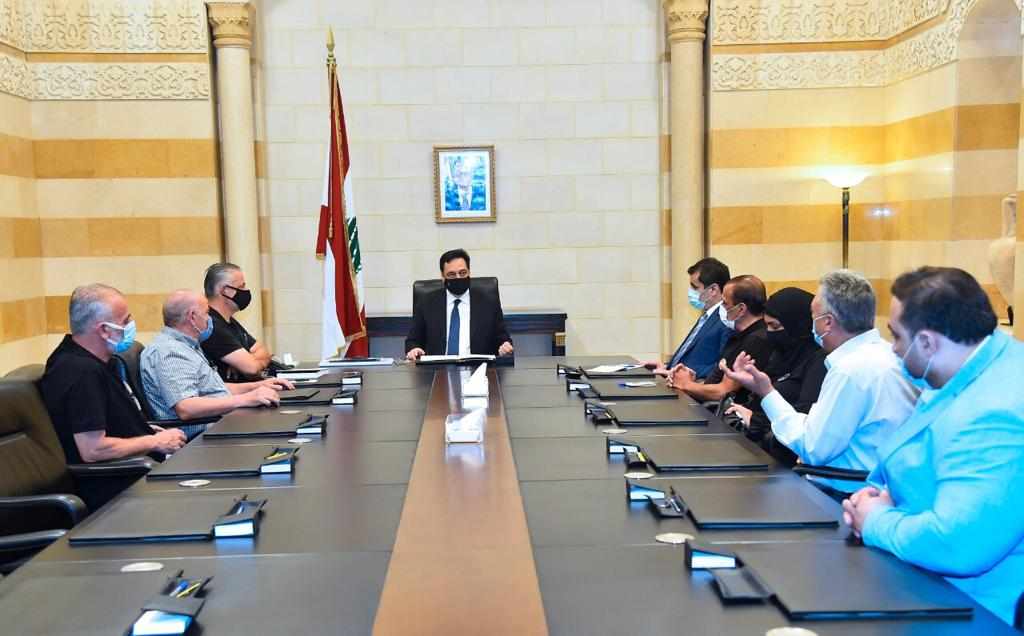 NNA – Caretaker Prime Minister, Hassan Diab, received a delegation from the families of the port’s martyrs, in the presence of Prime Minister’s advisors, Khodor Taleb and Hussein Kaafarani.

At the outset, PM Diab said that all expressions of sympathy were not enough to mourn the loss of loved ones. He also recognized the understandable and legitimate anger of martyrs’ families, for the tragedy was one of the results of corruption in the country. Premier Diab added: « The cause of the Port’s martyrs is a national rather than a personal issue.

Thus, the state and its institutions, as well as all political forces, are concerned with this issue, be it in terms of its repercussions or its implications.

There have been attempts to squander the issue by focusing on the marginal side of the story and not on its substance”.

“I say, in full transparency, that the