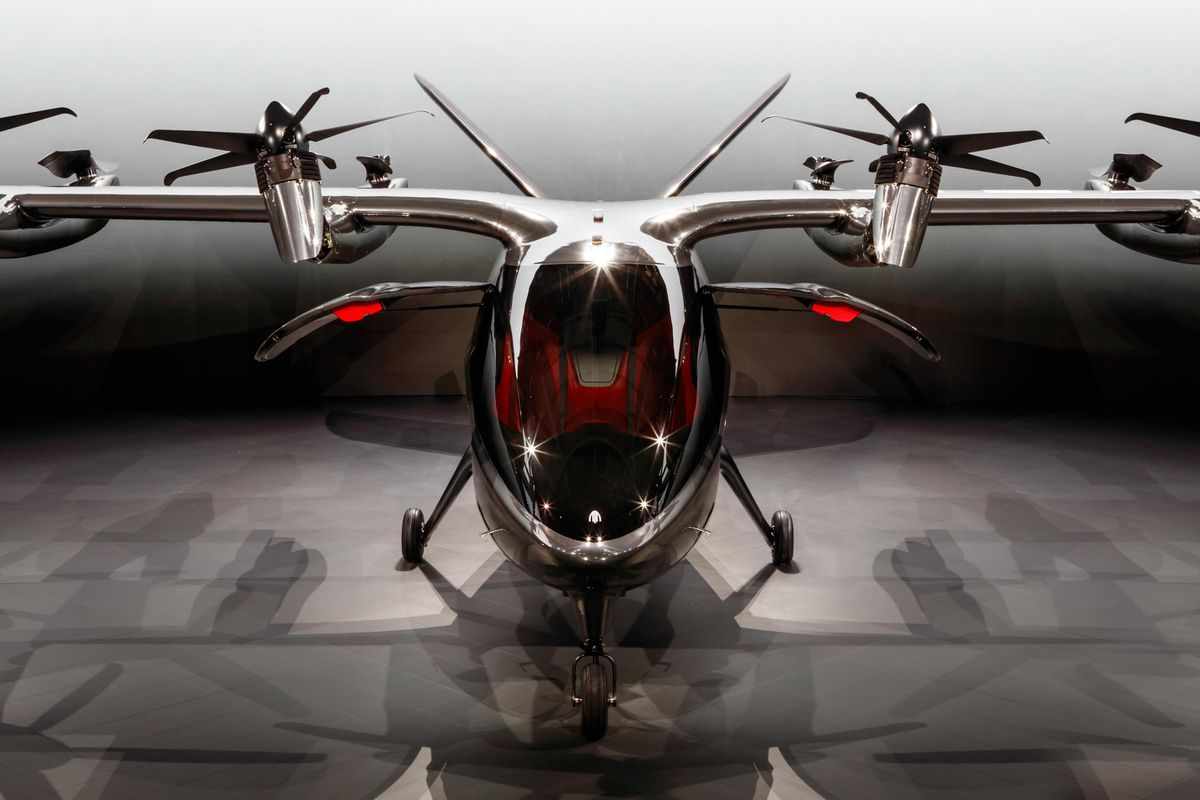 Archer Aviation Maker-an electric vertical takeoff and landing aircraft. The Maker is a precursor to … [+] the eventual production aircraft Archer plans to deliver by 2024.

An idea hatched more than a decade ago by a couple of college buddies to reduce urban traffic congestion and carbon emissions took flight Thursday night with the unveiling of the Maker electric vertical takeoff and landing (eVTOL) aircraft by startup Archer Aviation.

The battery-powered Maker is an autonomous, two-seat demonstration model for an eVTOL designed to take off and land like a helicopter and whiz up to 60 miles at 150 miles per hour at 2000 feet to ferry folks between cities and airports or other short-hop destinations according to Archer co-founder and co-CEO Brett Adcock. Six independent battery packs power 12 electric motors and the aircraft is 100 times quieter than a helicopter at altitude generating a barely audible 45 decibels , Adcock said.