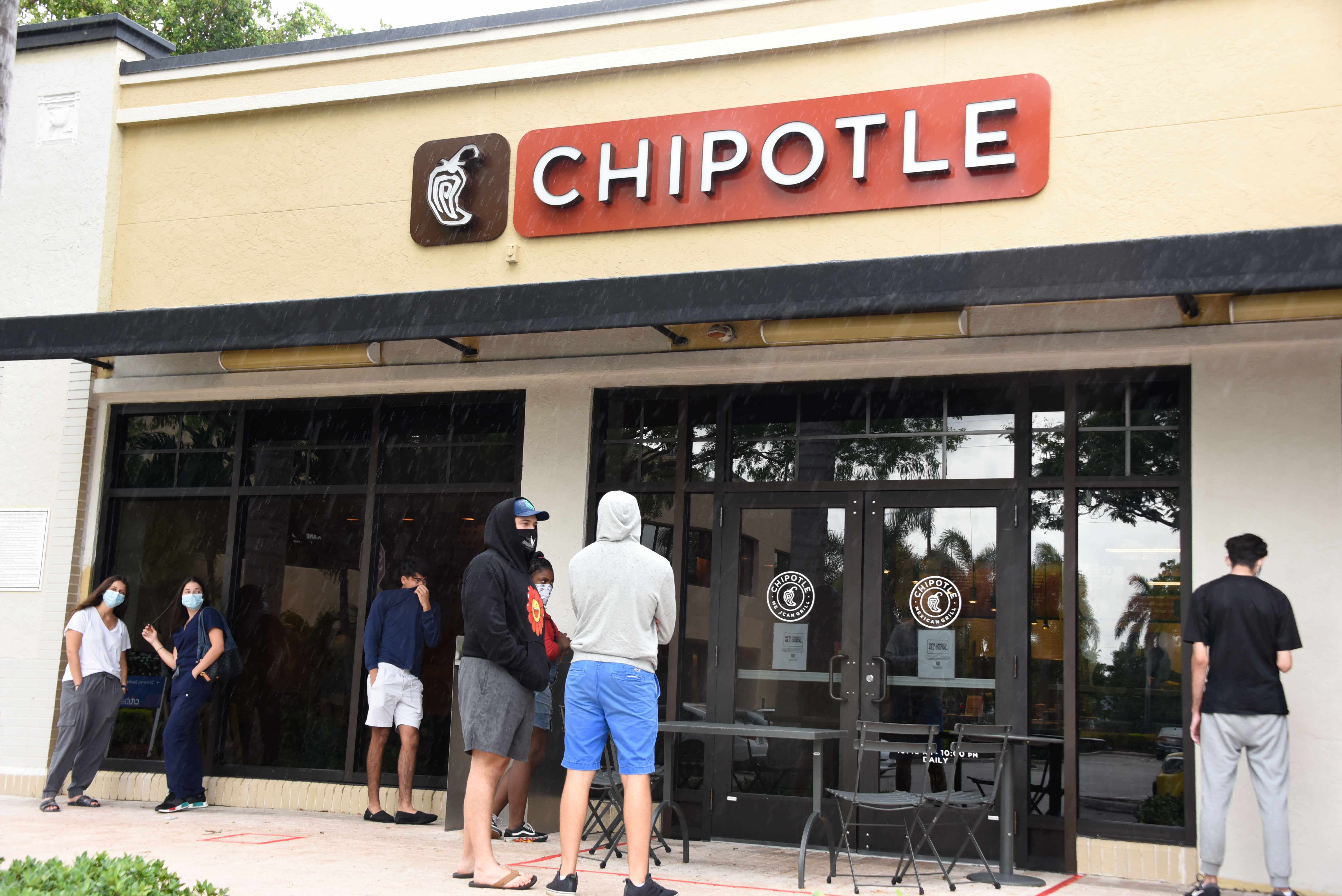 — Shares of the fast-food chain surged 11% after beating on the top and bottom lines of its Chipotle reported earnings of $7.46 on revenue of $1.89 billion. Analysts expected earnings of $6.52 on revenue of $1.88 billion, according to Refinitiv. Revenue surpassed pre-pandemic levels as dine-in customers returned to its restaurants. — The streaming platform's share price slipped more than 3% after Netflix reported disappointing . Netflix earned $2.97 per share, below estimates of $3.16 per share, according to Refinitiv. The company said it expects 3.5 million net subscribers in the third quarter, nearly 2 million below analysts' estimates. — Shares of Verizon gained 1.3% after the company reported better-than-expected second-quarter earnings. The telecommunications company earned an adjusted $1.37 per share on revenues of $33.76 billion in the second quarter. Analysts were expecting $1.30 adjusted earnings per share on revenues of $32.74 billion, according to Refinitiv. — Shares of the beverage maker rose about 1.3% in midday trading after the company reported of 68 cents per share, beating forecasts by 12 cents per share, according to Refinitiv. Its revenue topped pre-pandemic levels, and Coca-Cola also raised its full-year forecast. — The airline stock climbed 3.9% after the carrier