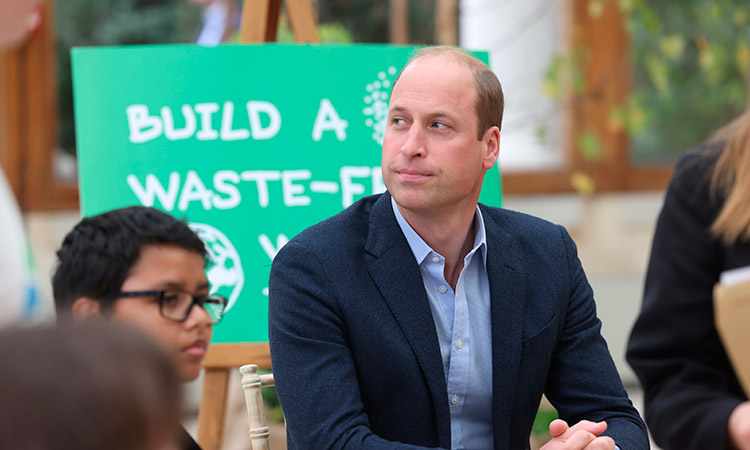 Gulf Today Report Britain's Prince William on Thursday praised his father Charles for being "well ahead of the curve" on climate change, as the pair ramped up pressure ahead of the upcoming COP26 summit in Glasgow. "He's had a really rough ride on that, and I think you know he's been proven to being well ahead of the curve, well beyond his time in warning about some of these dangers," William told the BBC. "But it shouldn't be that there's a third generation now coming along having to ramp it up even more," he added. "It would be an absolute disaster if (my son) George is sat here talking to you... in like 30 years' time, still saying the same thing, because by then we will be too late." Britain's Prince William has taken a thinly veiled swipe at the billionaires embroiled in a space tourism race, saying the world's greatest brains should instead be focused on solving the environmental problems facing the Earth. During a BBC interview aired on Thursday, William appeared to criticise Jeff Bezos, the world's richest person, Elon Musk and Briton Richard Branson, whose rival ventures are all vying to usher in a new era of