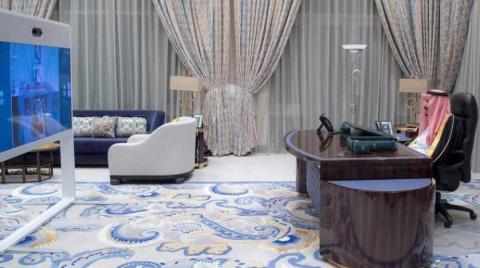 The new minister of economy and planning is sworn in before King Salman. (SPA)

The swearing in ceremony was held virtually amid the ongoing coronavirus pandemic.

He swore to be loyal to the Kingdom preserve state secrets, protect its interests and perform his duties faithfully and honestly.

King Salman wished him success in his new position

The minister was appointed to his post on Sunday through a royal decree by King Salman.