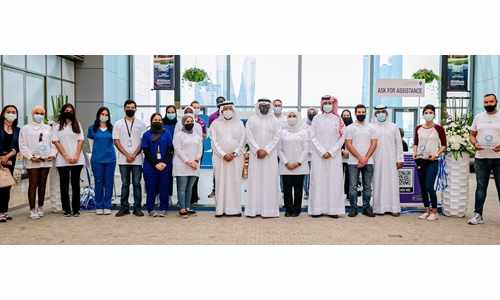 The King Hamad University Hospital has organised a diabetes awareness event at The Avenues Mall. Held under the slogan “Diabetes Care, If Not Now, When?”, the event was part of the hospital’s celebration of World Diabetes Day, which coincides with the 10th year anniversary of the discovery of insulin. It was aimed at promoting health awareness and education for patients and their families in particular, and the citizens and residents of the Kingdom of Bahrain in general, and encouraging them to detect early symptoms of diabetes, adopt healthy behaviours through proper nutrition and physical activities, and spread awareness of ways to prevent the disease.