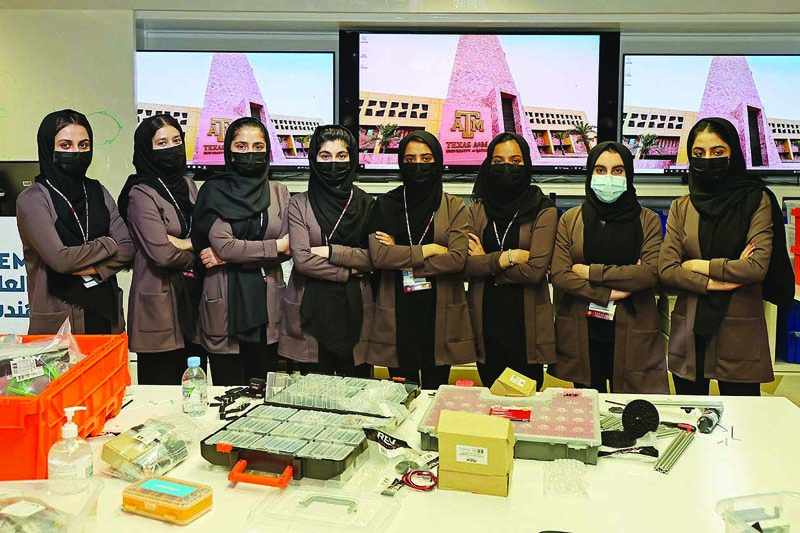 DOHA: The nine members of an all-girl Afghan robotics team evacuated from Kabul to Qatar have built on their star status and captured hearts since fleeing their homeland. Now back in education and working on their entries for a global robotics competition, the girls worry about their immediate future but hope they can one day return to Afghanistan.

Team member Ayda Haydarpour, 17, who switched onto digital engineering playing Super Mario as a child, said it was “too hard” to follow events in Afghanistan but hopes to return to open the first STEM (science, technology, engineering, and mathematics) school. “My grandfather used to ask me lots of questions about his tablet and phone,” she said with a smile. “In Afghanistan, robotics is new, especially for women,” said Haydarpour, who has three sisters back in Afghanistan.

Her mother had worked as a teacher at a girls’ high school, but the facility is yet to reopen following last month’s fall of the government to the Taleban. The Taleban had banned women from work and education, confining them to homes during their brutal rule of Afghanistan between 1996 and 2001.