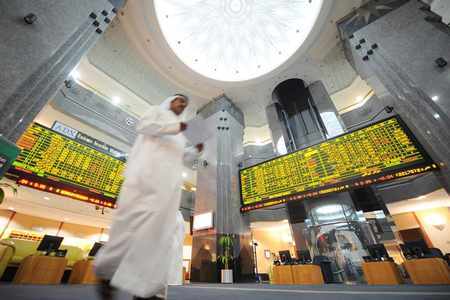 Most major Gulf stock markets were slightly up in early trade on Monday, with Abu Dhabi gaining on corporate earnings, while Saudi Arabia was supported by project expansion announcements from Dr. Sulaiman Al-Habib Medical Services Group and consumer food and beverages firm Almarai.

Abu Dhabi’s benchmark index was up 0.2% as Emirates Telecommunications Group advanced 1%, extending gains from the previous session after the telecom operator reported nearly 8% increase in first-quarter profit on Thursday.

Among other gainers, Almarai rose 1.7% after the firm said it would invest 6.6 billion riyals to expand...read more...