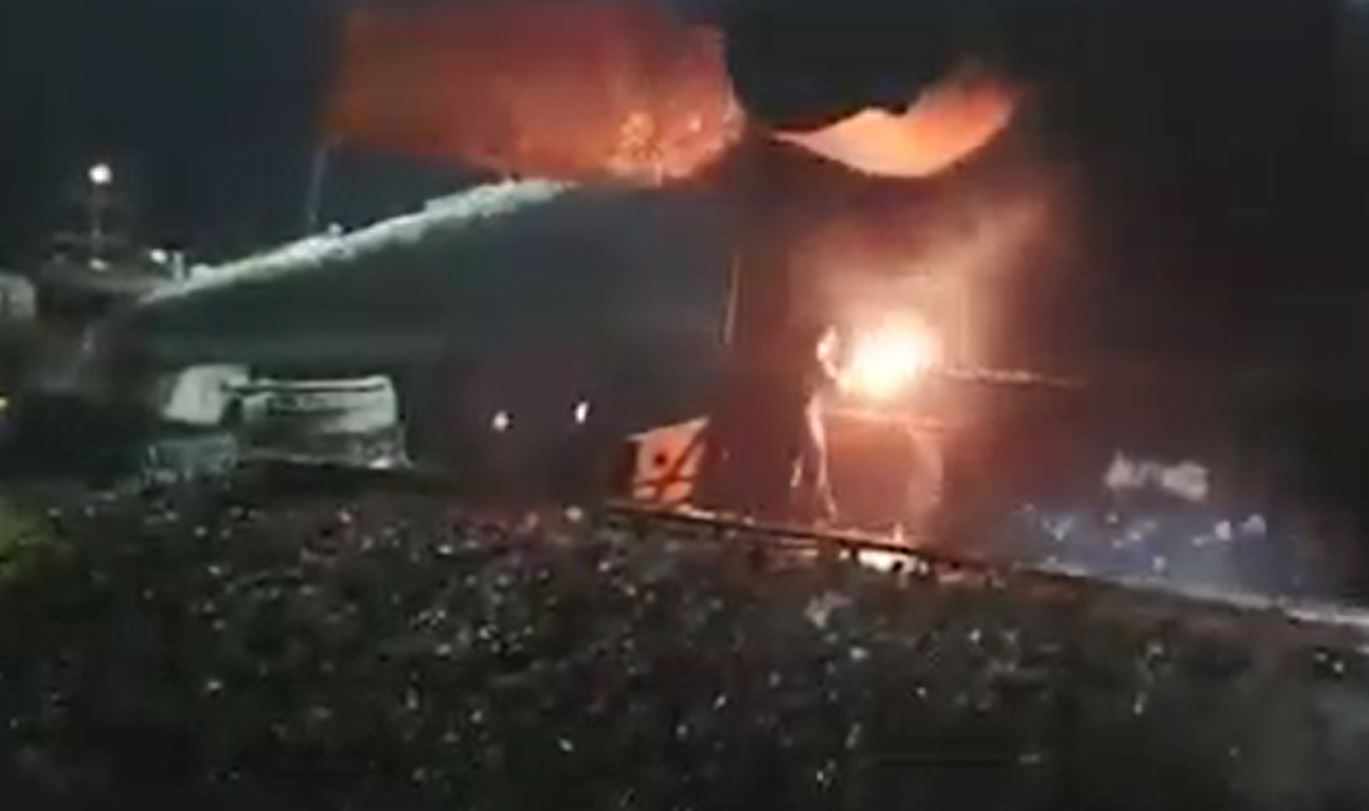 A company caught up in a “dangerous” Buchan Alpha decommissioning incident has been given little more than a “slap on the wrist” by the HSE, according to an offshore union.

Unite said a lack of “serious action” had been taken by the regulator over the incident last year in waters off Shetland.

Dramatic video emerged in September of a worker, who was cutting into a structure he was standing on with a blowtorch, trying to run to safety when the structure became off-balance in the water.

The footage, shot a night, cut out shortly afterwards, and prompted RMT and Unite to condemn the job as “a cowboy approach to a major scope of work” at Dales Voe.

Ocean Kinetics, the firm responsible for the work, said it has not been issued with any improvement or prohibition notices for the incident.

The Health and Safety Executive has dealt the firm with a notice of contravention letter, a document accompanied with a fine per hour of an...read more...