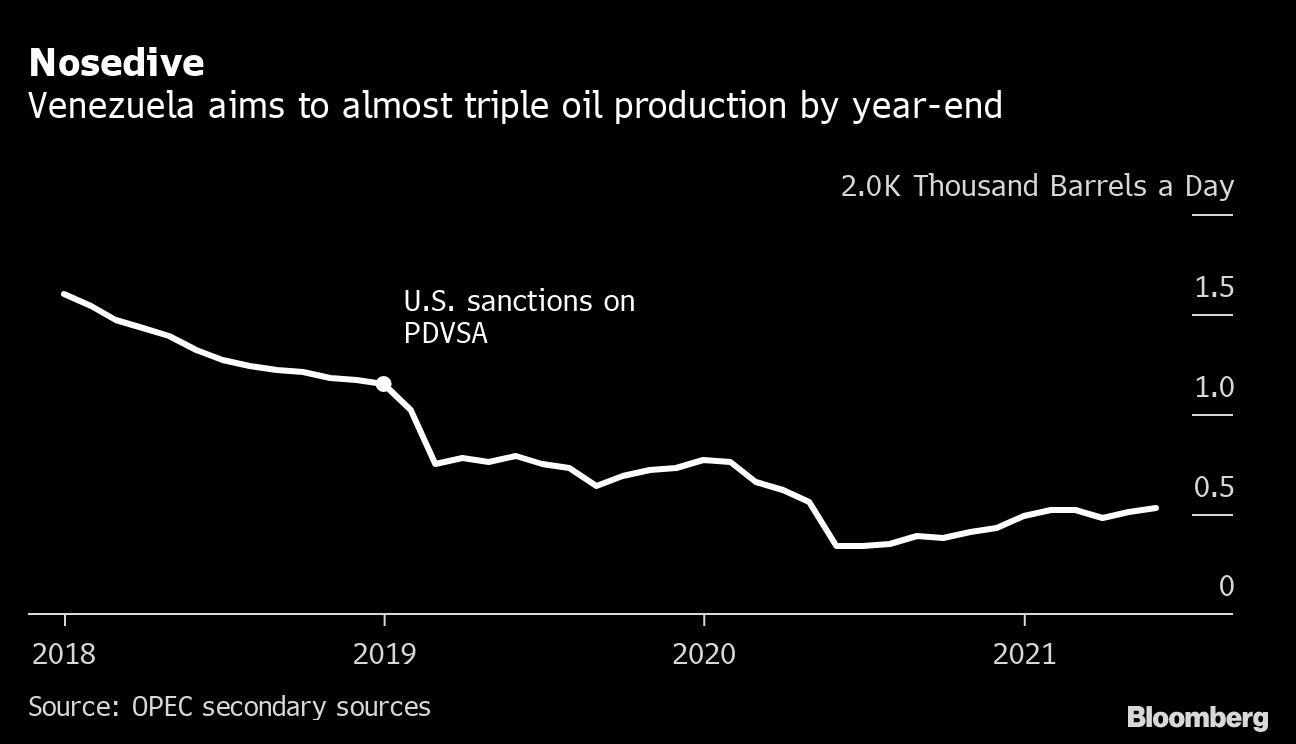 The supertanker Rene is discharging a hydrocarbon known as condensate at the Venezuelan port of Jose, according to a document seen by Bloomberg. It’s the first such import since September, when Petroleos de Venezuela SA took delivery of a cargo of Iranian condensate, which is needed to thin the country’s extra-thick grade of crude.

The origin of the cargo aboard the Rene remains a mystery because the vessel’s satellite transponder has been switched off.

The Panamanian-flagged tanker’s most-recent port of call was in the Indian Ocean nation of Sri Lanka, according to the document.

Venezuela wants to boost oil production to 1.5 million barrels a day by the end of this year,...read more...