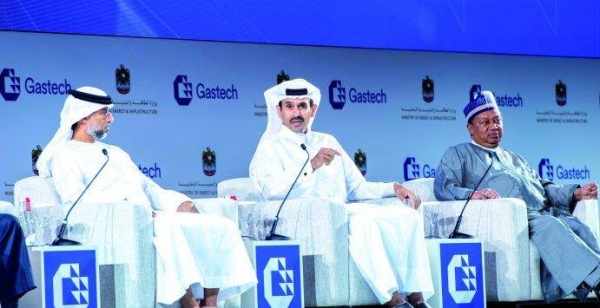 DUBAI -- Qatar's Minister of State for Energy Affairs Saad Sherida Al Kaabi has stressed that energy transition is a shared responsibility that requires the active participation of oil and gas producers, legislators and governments, and consumers around the world and should be driven in an equitable way. Al Kaabi, who is also the President and CEO of Qatar Petroleum, made the remarks during the opening ministerial session of the Gastech Exhibition & Conference in Dubai to discuss driving the global energy transition, the Peninsula newspaper reported. Suhail Mohamed Al Mazrouei, the UAE Minister of Energy, Fatih Dönmez, Turkey's Minister of Energy & Natural Resources, Arifin Tasrif, Indonesia's Minister of Energy & Mineral Resources, and Mohammad Barkindo Sanusi, OPEC's Secretary General, were present at the conference. In his remarks, Al Kaabi noted that the energy transition is underway. “However,” he added, “We must all be cautious of the euphoria that is driving unrealistic rhetoric around the transition instead of tackling the issues that can be solved today.” As an example, he highlighted that more than 30 percent of the world's electricity is generated with coal today. He said: “By simply switching from coal to gas, we can cut the associated