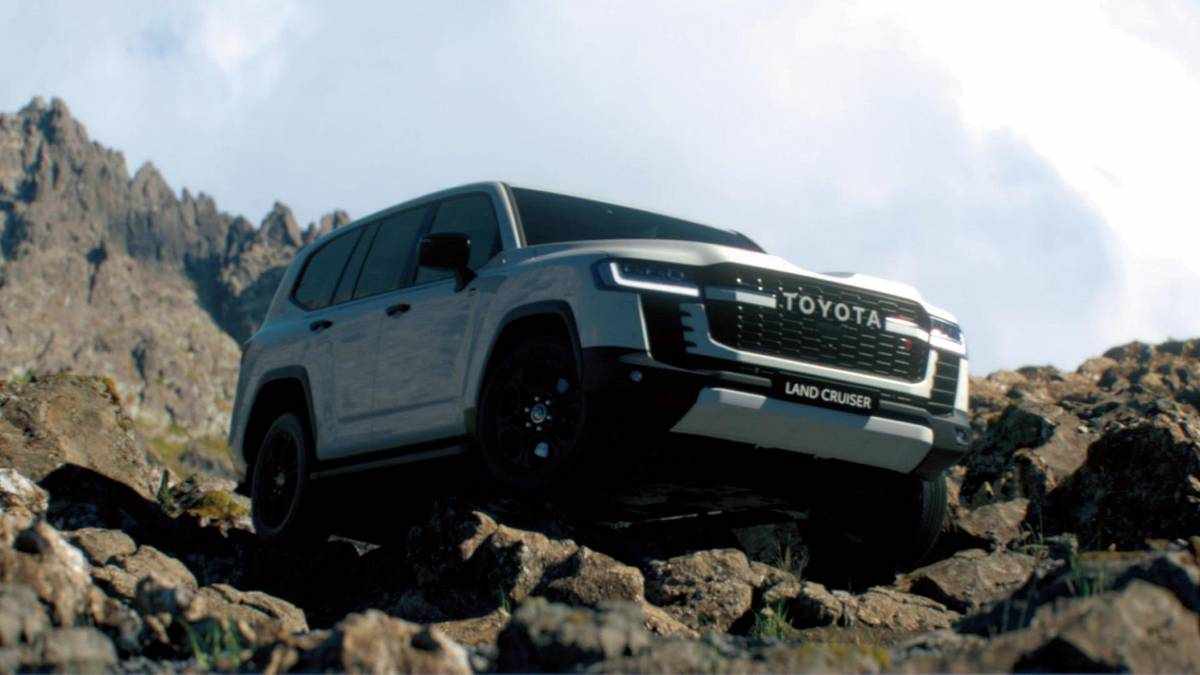 Toyota has unveiled the latest version of its all-terrain terror the Land Cruiser in a major world reveal broadcast from the UAE.

Amid an atmosphere of expectation that other manufacturers could only dream of generating for their own heavy-metal offerings, the 2022 Japanese off-road icon, known as the J300, arrived before a planet-wide audience in suitably bombastic style on Wednesday.

Ahead of the launch, Toyota teased the arrival with a few darkened shots, as is the way manufacturers do things these days, but it was sufficient to get the both media and public suitably stirred up.

But there it suddenly was. Viewers watched

The Toyota Land Cruiser – Legend that changed the world