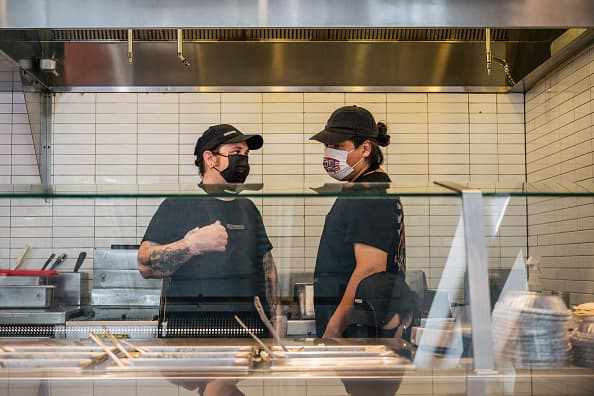 Unlike many of its peers in the restaurant space that have a franchise model, owns all of its 3,000 â on the way to a goal of 6,000 â restaurants. That means it also owns the relationship with near-100,000 employees, many on the front lines and in lower-paying, higher turnover restaurant positions. Even before the pandemic, turnover in the food sector was typically above 100% annually. For Chipotle senior management, focus on investment in workers is nothing new, but at a time of a national labor shortage and wage inflation in lower-paying industries, it has a message for competitors: if you think about labor as a cost you are thinking about it the wrong way. This week, the latest JOLTS report from the Labor Department showed jobs that are concentrated in the restaurant and retail sector, and a continued record level of open positions. The jobs situation is so tight CEOs from these industries are taking to desperate appeals. After many in the business world lashed out at extended unemployment benefits as a government assistance effort that was the primary reason people were staying out of the workforce, Barry Sternlicht of hotel operator Starwood Capital said on CNBC Wednesday the