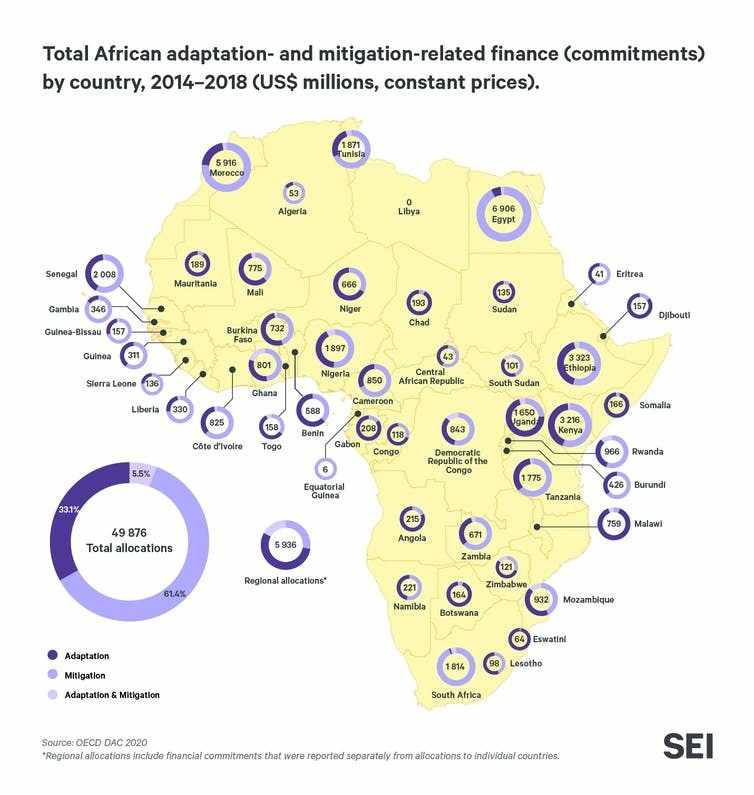 Africa has contributed to emissions and climate change the least globally and receives the least financial support towards adaptation. Quantity and neglect of some sectors are just a couple of ways in which finance for adaptation to climate change in Africa falls short. In 2009, the world’s wealthier nations pledged to mobilize $100 billion a year by 2020, but ended up providing $20 billion less. Climate finance is a key area to be addressed at COP26. Back in 2009, the world’s wealthier nations pledged to mobilise US$100 billion a year by 2020 to help developing countries cope with climate change. The funding would be used to adapt to the impacts of climate change and reduce or prevent emissions. The world’s poorest countries are expected to be hit hardest by climate change extremes such as droughts, floods and cyclones. And African countries are among the most vulnerable to those impacts on food security, health, economies and ecosystems. For example, crop yield loss projections are larger for tropical regions of Africa. And poorer populations in sub-Saharan Africa are at highest risk of malnutrition. At the same time, Africa’s contributions to greenhouse gas emissions causing global warming are among the lowest globally. Without