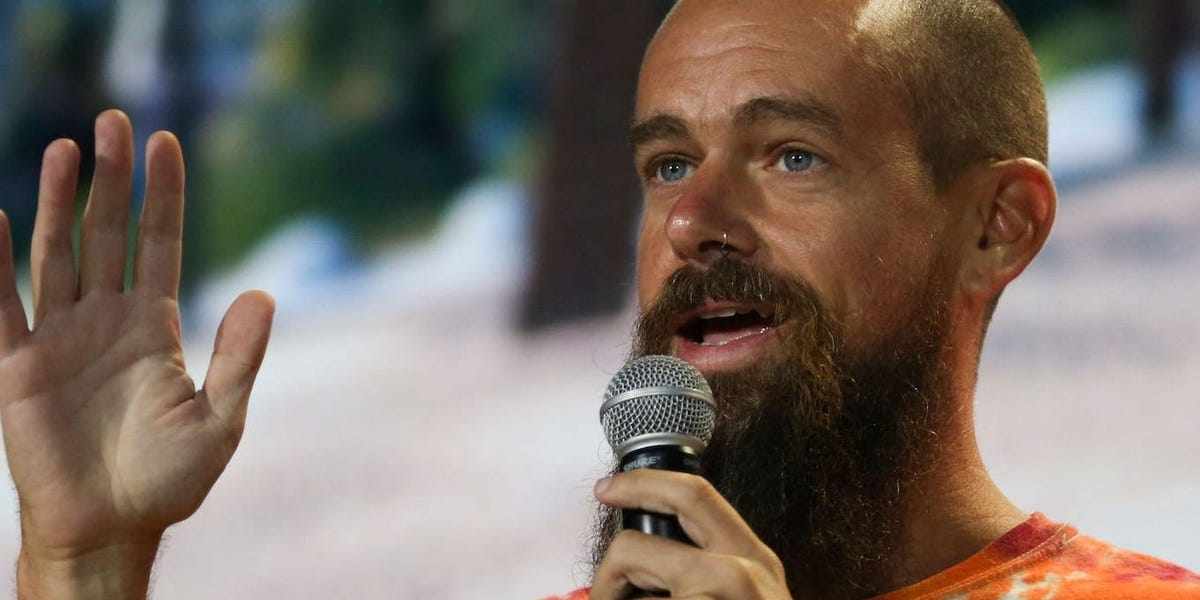 Twitter CEO Jack Dorsey said part of what drives his passion for bitcoin is its community, which he described as being "weird as hell." Dorsey chatted everything related to the digital asset in a with Tesla CEO Elon Musk, ARK Invest CEO Cathie Wood, and Square Crypto Lead Steve Lee on Wednesday. He cited the bitcoin network as his inspiration for supporting the currency. "It's deeply principled, it's weird as hell, it's always evolving," Dorsey said, adding that its community reminds him of the early days of the internet when he was a kid. "It's the only reason that I have a career "” because I learned so much from people like who are building bitcoin today," Dorsey said. Dorsey hopes bitcoin can create "world peace" in an environment driven by "too many monopolies of violence." "It's going to be long-term, but my hope is definitely peace," he said. Dorsey has become an influencer for cryptocurrency online. The executive's account bio reads "#bitcoin," and at Miami's bitcoin bonanza in June that "bitcoin changes absolutely everything. I don't think there's anything more important in my lifetime to work on." Musk has also been vocal about his support for the digital currency.