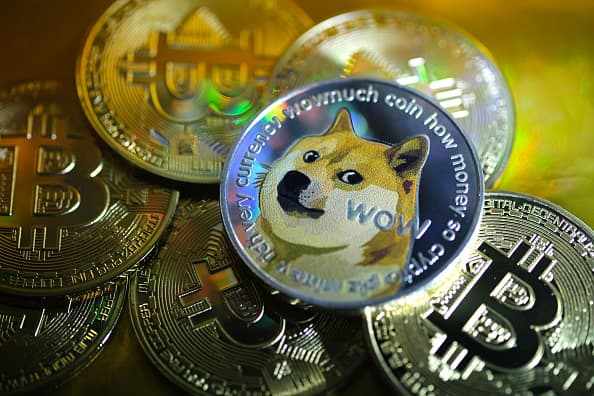 Dogecoin, the cryptocurrency based off a viral dog meme from nearly a decade ago, surged 30% on Tuesday to set a new record high at more than 50 cents per coin.

The cryptocurrency was trading at about 54 cents, according to data from Coin Metrics. Dogecoin rose to roughly 40 cents per coin last month before falling sharply for several days after the calendar turned to April 20, a date widely celebrated as a marijuana-themed holiday.

Dogecoin was started as a joke in 2013 amid a boom in early cryptocurrencies. It was based on a popular internet meme at the time that featured a Shiba Inu dog and cartoon-style text over the image.

Its rise in recent months has been highlighted by many as a sign of froth and speculation in the financial markets, particularly among younger investors who started trading during the pandemic.

The coin has been boosted in recent weeks by billionaires Elon Musk and Mark Cuban, who have both mentioned...read more...